HuskerWeatherman said:
Seeing the Royals play the Phillies is bittersweet for me.

But seeing Gordon launch one was pretty sweet.
Click to expand...

I wanted to get down their for that series but had coaching obligations.

5 Year Member
I know 1/4th season but how about our Twins? Most pleasant surprise?

They're 27-15, a nifty .643 winning percentage, the best record in the majors. Creighton, I mean Toronto Blue Jays in a three-game series last weekend, winning by scores of 8-0, 3-0 and 9-1. 9W-6L against the Astros, Yankees, Angels and Indians.

Twinkies bashed an average of two home runs per game, including Eddie Rosario's, the most HR in the American League. It's as if they're fielding an entire lineup of Harmon Killebrews, and pitching like an entire staff of Greg Maddux type. Plus very good on defense and bullpen has been solid. The closer, Blake Parker, sparkling 1.17 ERA. 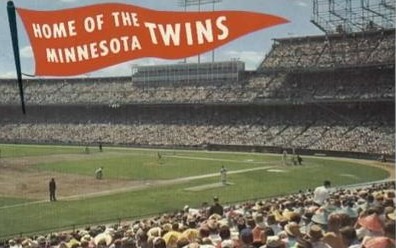 Sounds like you need to work on your understanding of fantasy.

2 Year Member
Twins are legit. I love watching Martin Perez pitch. A lefty who can throw a cutter like that is lethal.

Nats won 3 in a row! It’s called a winning streak, it has happened before! Max is throwing now trying to make it 4 in a row. It’s the Marlins though lol.

2 Year Member
The Chicago troll was awesome though!

2 Year Member
Not a Major League player, but definitely a major league memory...

Three teams hit at least 50 HRs in May. My poor man Twins, best record in MLB, got 56 and money talk franchises, Cubbies (51) & Red Sox (51) marking the first time in history that three teams have reached that mark in the same month. Minnesota had nine players with at least four homers during the month to set a major league record. Oh yeah.
You must log in or register to reply here.
Share:
Facebook Twitter Reddit Pinterest Tumblr WhatsApp Email Link
Top