Minnesota Vikings chief operating officer Kevin Warren is expected to be named commissioner of the Big Ten Conference on Tuesday, sources told NFL Network Insider Ian Rapoport on Monday.
Warren, 55, is expected to replace longtime Big Ten commissioner Jim Delany, who had served in that capacity since 1989. Delany will vacate his post after the 2019-20 academic year, his 31st on the job.
The Big Ten Conference will announce the decision in a press conference Tuesday.
Minnesota's COO since February 2015, Warren was responsible for all business, financial, legal and operational aspects related to U.S. Bank Stadium and the design, development and planning of Twin Cities Orthopedics Performance Center, per the team's website.
Warren has spent over 20 years in the NFL and 14 with the Vikings. Before his promotion to COO, Warren was Minnesota's vice president of legal affairs and chief administrative officer to chief operating officer. He was the highest-ranking African-American executive working on the business side for a team in the NFL and was the first African-American COO in NFL history.
Click to expand...

Kevin Fulbright Warren (born November 17, 1963) is an attorney and professional sports executive. He is currently the Chief Operating Officer of the Minnesota Vikings of the National Football League, and is the highest-ranking African-American executive working on the business side for an NFL team. In 2015, Warren became the first black chief operating officer of an NFL team.

I love this guy's story and am pretty excited about the pick. Time will tell, obviously, but aside from his wife being a KState alum, this guy has a great pedigree to lead the conference.

Whoever succeeds Delany will have his or her business acumen put to the test.
Delany’s impact on the Big Ten’s financial performance has been epic. The conference brought in a record $759 million in revenue during the 2018 fiscal year, according to USA Today, up from $513 million in 2017. The SEC reported $660 million in revenue for fiscal 2018.
Delany’s legacy includes the additions of Nebraska, Maryland and Rutgers (for better or worse); creating the Big Ten Network; constructing two divisions and a football championship game; reluctantly agreeing to the four-team national football playoff while maintaining ties with the Rose Bowl; taking the men’s basketball tournament to Washington and New York (enraging some fans in the Midwest); adding Friday night football games; pioneering the use of replay in college football; and creating and torpedoing the Legends and Leaders football division names. 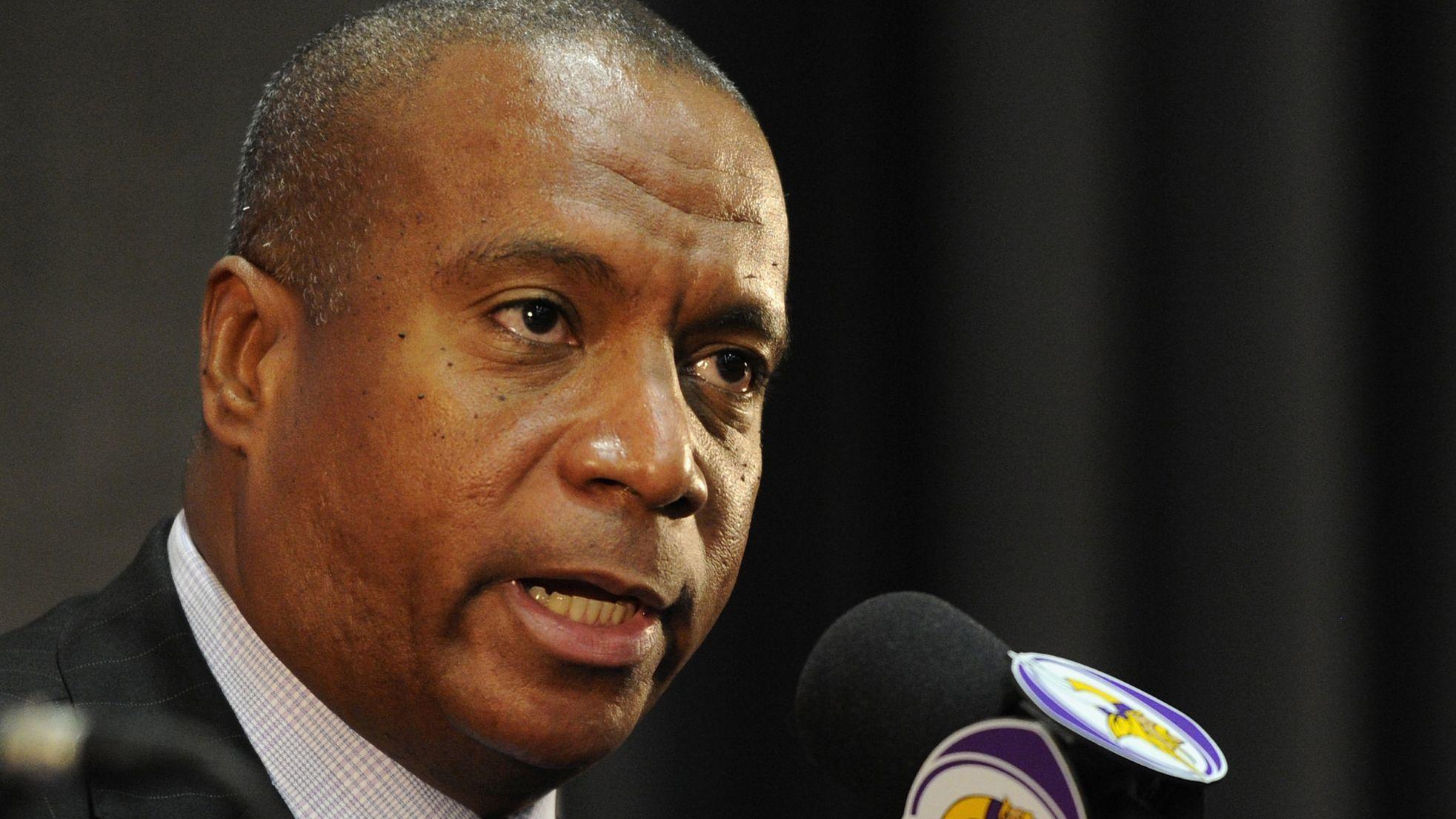 Kevin Warren, reportedly the choice to be the new Big Ten commissioner, in 2015 became the first African American chief operating officer of an NFL team.
www.chicagotribune.com
Click to expand...

As a young boy, Kevin was struck by a car and forced into traction and a body cast for many months. Doctors informed Warren that there was a chance he might not walk again, and therefore it was highly unlikely that he would ever fulfill any dreams he had of playing sports. A doctor told Kevin that aquatic rehabilitation exercises may be his only hope at recovery. Since there was not an easily accessible pool in Kevin's neighborhood, Kevin used the money from the insurance settlement he received following the car accident to construct a pool in his backyard. Aided by his dedication to swimming, Warren recovered and went on to be recruited to play college basketball.
Click to expand...

In addition to his duties with the Vikings, he is also Of Counsel at Norton Rose Fulbright, an international law firm with more than 3,500 lawyers working in over 50 cities across six continents.
Click to expand...

Warren spent his freshman year of college at the University of Pennsylvania. The following year, he returned to Arizona to enroll at Grand Canyon University, where he earned his undergraduate degree in Business Administration in 1986.

15 Year Member
Maybe he will be willing to change Big 10 baseball so it is competitive with the rest of the big boys.

10 Year Member
I agree great pick by the league

5 Year Member
Delany is handing off the Big 10 to Warren in great over all condition imo. Reveune is at all time high and the conference has shown it's not in decline regardless of what's been reported, rust belt or not!

All Warren needs to do is keep the conference on a prudent course and not make any stupid or radical changes. Big 10 has excellent members that still cherish high accadamic standards especially compared to some other P5 conferences..........

Bottom line the best thing that's happened to Nebraska as a institution in many years was entry into the Big 10 imo.........

5 Year Member
The move to the B1G continues to look better and better. I have no idea if Warren will be the aggressive expansionist like Delaney was, but I doubt it. Had Osborne and Perlman not brokered that deal, we'd likely still be stuck in the Big XII, although I feel like Colorado and A&M still would have bolted. Mizzou might have gone to the Big Ten in our place.

I guess in that scenario, we'd get an annual Oklahoma game again, so some of the old battleships in the NU fanbase would be happy, but it would be at the expense of having an even more Texas-centric conference and fighting for revenue scraps that fell off Bevo's plate.

Everytime I hear a UT fan crack a joke about Nebraska leaving because we couldn't compete, I just smile and remember that Indiana and Rutgers make more conference money than Texas.

5 Year Member
Looks to be a very solid pick. Someone with the ability to see the bigger picture and hopefully guide us into it.

I also don't mind that he's outside the B1G family. Getting some fresh eyes to ask questions is a good thing.