Let it be by the code 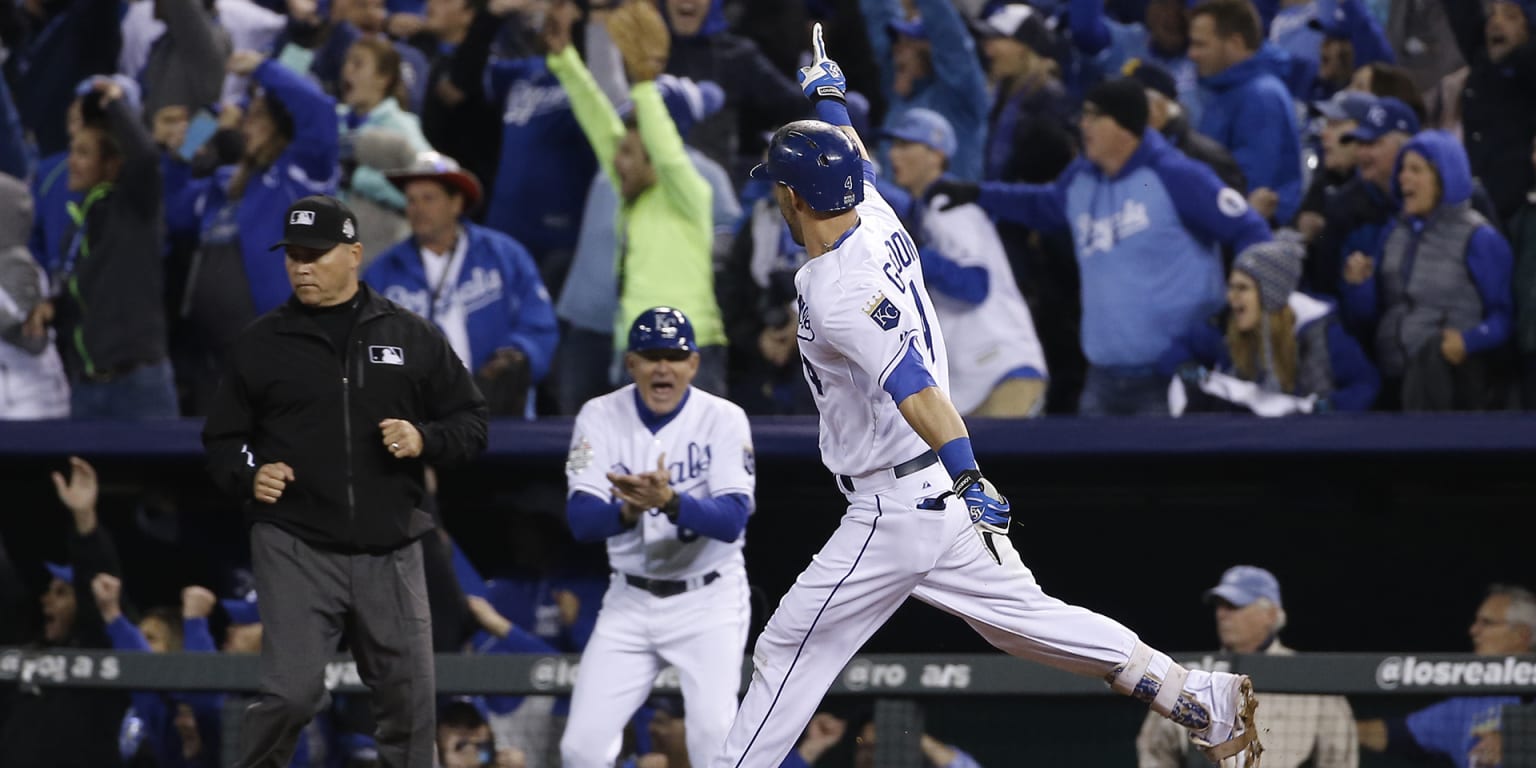 IMO the best defensive LF of my lifetime.
P

5 Year Member
Bummer, but not really that unexpected since he came back on a 1 year contract.

Would he be the third-most successful Royal in franchise history? Brett and White would be #1 and #2. Saeberhagen had two CYA's and the WS MVP, but kicked the organization to the curb, same thing with Damon. Greinke didn't stay long enough in his prime. Sweeney's peak was better than Gordon's peak, IMO, but Sweeney played on some absolutely terrible teams, and his peak was cut short from injuries. Guys like Wilson, Splittorff, Montgomery, Gubicza, Seitzer didn't rack up the individual hardware or All-Star appearances like Gordon did. Salvy has a chance to pass Gordon in the long run, but Salvy has to stay healthy for that to happen. The Royals have been pretty stingy with number retirements, but I think the fact Gordon played all 14 years in KC will change that. Either way, it's the end of an era. Buddy Bell was the manager his rookie season.

Let it be by the code

2 Year Member
I saw something that said in his first full year in the OF in 2011 he had 20 assists, a number that hasn't been posted by anyone since. Dude could flat out play the field and had a super accurate arm.

5 Year Member
It’s sad he won’t be able to get a last ovation from the fans at the K. He‘s not the kind of guy who wants a tribute, but I would drive to KC to watch a meaningless game on the last day of the season to pay my respects.
P

Husker Trophy Room said:
It’s sad he won’t be able to get a last ovation from the fans at the K. He‘s not the kind of guy who wants a tribute, but I would drive to KC to watch a meaningless game on the last day of the season to pay my respects.
Click to expand...

I'm really bummed there wasn't a chance to see him play in person one last time. I'd have to imagine that if things were normal, this last homestand would be close to sell-outs, with people wanting to see Gordon play. Sucks.

Staff member
20 Year Member
His high school coach was a roommate of mine in college at Kearney. Alex stopped by to see him at one of our tailgates a few years back.

5 Year Member
Gordon was supposed to be the reincarnation of George Brett. Wasn’t the hitter Brett was but was a much better fielder.

Fourteen years with the same team is an unheard of run in today’s game. Good for him and hope he enjoys retirement.

10 Year Member
I encourage you to watch the last video...very few like him in professional sports in 2020.