â€œNebraska is one of the first schools that I visited and I loved it from the beginning,â€ she said. â€œI think they see me as a point guard and they are excited about my potential and Iâ€™m looking forward to doing whatever I can to try and help the program with a winning tradition.â€

A tenacious defender, Doyle is one of the top point guards in the state, especially after her stellar junior season that ended with a Class 4A state championship.

Also a member of the Chicago Hoops Express AAU team, Doyle's all-around game is reflected in her numbers for Benet last winter. She averaged 13.8 points, 5.2 assists, 4.8 rebounds, 2.8 steals and 1.4 blocks per game for the 34-3 Redwings.
Click to expand...


â€œWhen I took my visit to Nebraska, I basically fell in love with the place,â€ Doyle said. â€œEvery other visit I took, I kept comparing it to Nebraska, and nothing else did.â€

But she also didnâ€™t commit right away. She wanted to go through the recruiting process since more than 20 schools pursued her, including Indiana, Marquette, Wake Forest, Dayton and Northwestern.

Nebraska, Doyle said, was willing to wait for her, the No. 41 prospect in the nation according to Blue Star Basketball, No. 69 according to All Star Girls Report and No. 89 according to Prospects Nation. Both Doyle and Cayton are top 100 prospects according to ESPN.
Click to expand...

Kathleen Doyle has moved up in the Blue Star Rankings to #28 nationally in the 2016 class
Click to expand... 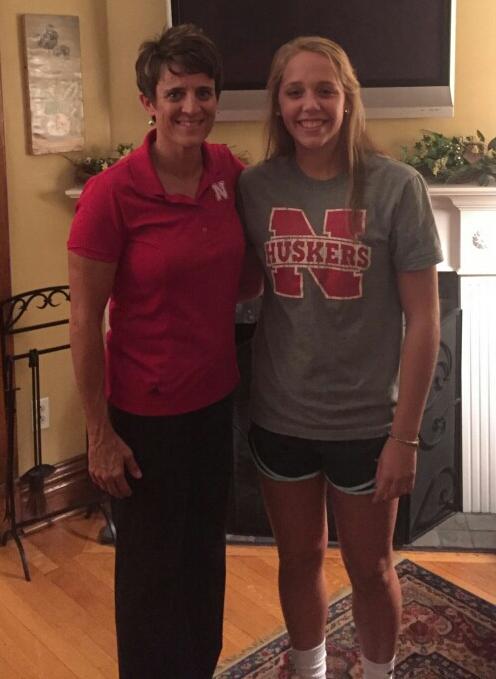 Then it's getting named Homecoming Queen for Benet Academy!