Jaz Shelley scored 30 points and buried six three-pointers to shoot Nebraska to a 65-53 women's basketball win over Drexel in the Huskers' opening game at The Dana on Mission Bay Holiday Tournament at the Jenny Craig Pavilion on Friday.

It was Nebraska's first win over a 2021 NCAA Tournament team this season, second over a postseason tournament qualifier (also Creighton) and second over a 2021 conference champion (also Maine). It was also NU's fifth double-digit victory through six games.

While Shelley carried the scoring load, Bella Cravens and Alexis Markowski played big inside for the Big Red. Cravens finished with a game-high 14 rebounds, including nine in the first half, while Markowski added nine big boards. Cravens and Markowski each contributed five points. Isabelle Bourne added a solid effort with seven points and six rebounds.
Click to expand... The Nebraska women's basketball team hits the road for the first time in 2021-22, when the Huskers travel to San Diego to take on Drexel at The Dana on Mission Bay Holiday Tournament on Friday at Jenny Craig Pavilion.

"with free live video available with the Huskers Radio Network call of Matt Coatney and Jeff Griesch on Huskers.com."
Click to expand...

Drexel will be Nebraska's first opponent this season that qualified for the 2021 NCAA Tournament. The Dragons won the Colonial Athletic Association tournament title last season to earn the CAA's automatic bid, before falling 67-53 to Georgia in the NCAA first round in San Antonio.

After facing the Dragons on Friday, the Huskers will battle either 2021 WNIT qualifier Fresno State or the hosts from San Diego in the second game of the four-team tournament on Saturday. San Diego is coached by former Nebraska assistant Cindy Fisher.
Click to expand...

Broadcast TV: None
Live Video Streaming: None
No Video will be available (following has been deleted from the Game Page)
"with free live video** available with the Huskers Radio Network call of Matt Coatney and Jeff Griesch on Huskers.com. "
(** I'm not sure what this means - I think it means one may be able to view the game on computer & smart phone with the Huskers App. Not sure if it will work on any other platforms.)

5 Year Member
Bummed wrt no live streaming. Hopefully something show up on YouTube after the fact.

Powder Creek said:
Bummed wrt no live streaming. Hopefully something show up on YouTube after the fact.
Click to expand...

UPDATE: No Video will be available for the two WBB games in the Holiday Tournament in San Diego!

There MAY be live video of the WBB game after all. (Quote from the Game Page

"Tip-off between the Huskers (5-0) and the Dragons (3-1) is set for 6 p.m. (CT), with free live video available with the Huskers Radio Network call of Matt Coatney and Jeff Griesch on Huskers.com. Friday's game can be heard in Lincoln on 105.3 FM, along with free audio from Huskers.com and on the Huskers App."
Click to expand...

I think this means you may be able to watch the game on computer or smart phone (with the Huskers App?) You'd think there'd be a link on the game page (or schedule) to a video stream but I don't see any, at least not up yet

. Maybe the video will just available on the app (that I downloaded to my smart phone).
Last edited: Nov 25, 2021 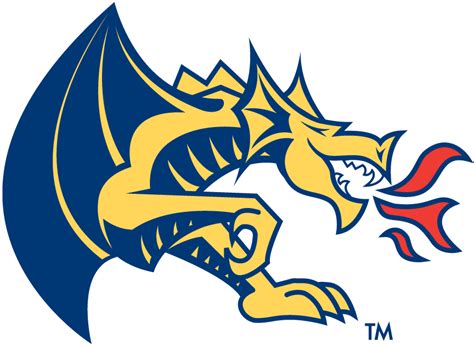 Staff member
10 Year Member
Looks like No Video will be available for either WBB game in the Holiday Tournament in San Diego!

Staff member
10 Year Member
Three Treys for Jaz Shelley in just a couple of minutes to take the lead 11-10 (after being down 8-2 in Q1.

Staff member
10 Year Member
NO Video for this game!

Jaz with 3 back-to-back treys, but shots weren't falling for the Huskers in Q1.