Was Devaney a consensus hire?

10 Year Member
I think we only fire coaches that way.

10 Year Member
I believe I remember Monte Kiffin being pissed (and leaving) when Tom was announced as the next HC.

DuckTownHusker said:
I don't know, we'll have to search the Twitter archives from 1962 to see how much fan outcry there was.
Click to expand...

2 Year Member
Didn't have to go thru disection like today either. Between media, sports writer broadcasts, pod casts and us (social media)...what an onslaught in today's world.
U

CO4NU said:
I believe I remember Monte Kiffin being pissed (and leaving) when Tom was announced as the next HC.
Click to expand...

He and Warren powers held on for a year, but were jealous
W

5 Year Member
Point being...you never know what you're going to get. How many had even heard of Devaney? How many knew that Osborne would go on to be a HOF coach?

5 Year Member
There were not alot of folks saying way to go...especially after Jennings. It turned out good for Nebraska.

Uncle Buck said:
He and Warren powers held on for a year, but were jealous
Click to expand...

Kiffin stayed as DC through 1976. Those first years under Osborne were very defense vs offense with most fans I knew favoring the defense.

20 Year Member
My mom was a rabid Husker fan and loved Devaney. She didn’t really care for TO at first and called him “Mique Toast”, saying that his calm sideline demeanor was boring and dull and that she wanted the intensity and fire of Devaney on the sideline. In the 90’s she changed her tune. After years of futility against Switzer and OU (She had a thing for Switzer) she finally came around to admiring the genius of TO. When he ran for congress after his coaching career she met him at a political function and conversed in detail with him about politics in Nebraska (She was huge in the Republican Party back in the day) and was completely smitten by him.

Point is, you don’t necessarily know what you are going to get. Mom is gone now, we lost her right at the beginning of Covid. To be fair, she never cared for Scott Frost. She held the whole Stanford thing against him and wouldn’t let it go. She was an O’Neill High School graduate and when Scott’s father, Larry coached high school football there, well she wasn’t all that impressed (she was difficult to impress, to be fair).

10 Year Member
Devaney wasn't even close to being the top choice.

Following the 1961 season, Devaney would leave Laramie to become the head coach at the University of Nebraska. The Wyoming head coach would only be offered the job after Utah’s Ray Nagel, Utah State’s John Ralston, and Devaney’s former employer, Michigan State coach Duff Daugherty turned down the job. Daugherty would recommend his former assistant to Nebraska athletic director Tippy Dye for the job.
Click to expand... 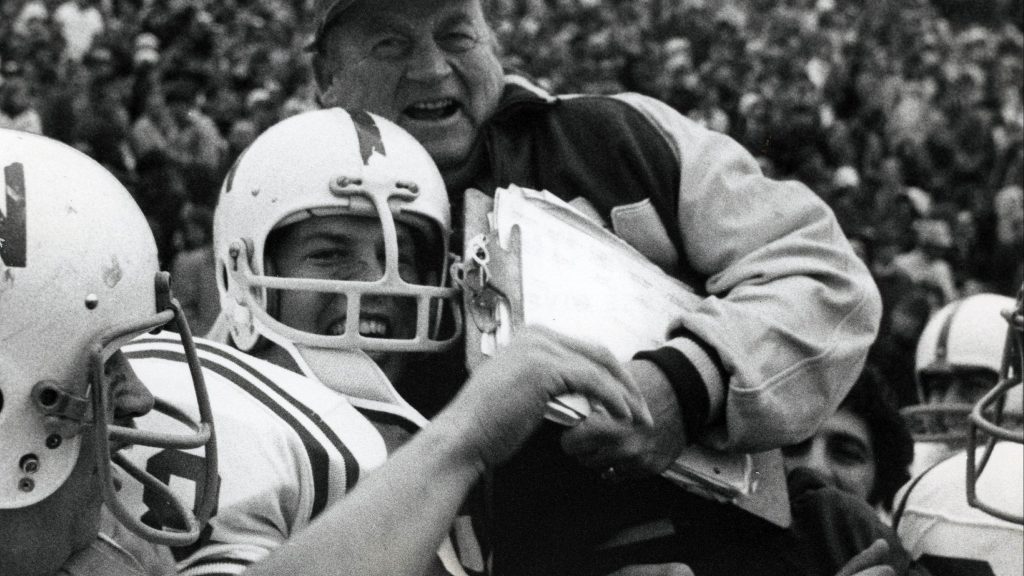 Three other coaches had to turn down the job for this future Hall-of-Famer to get the offer.

Blue Howl said:
Devaney wasn't even close to being the top choice.

Three other coaches had to turn down the job for this future Hall-of-Famer to get the offer.