A work in progress

Mr.Bennett said:
Wow, and that was only in 10 games. I didn't know Dan Alexander and Correll Buckhalter played that year too!
Click to expand...

5 Year Member
Name the opponent against whom the Big Red donned blue jerseys?

Bonus points for the year and the score

That's it - any guess on the year and/or score?

treeplanter said:
That's it - any guess on the year and/or score?
Click to expand...

Don’t recall the year or score only to say it was a LONG time ago. I recall reading about it and believe the game was in Lincoln. Something about the officials wanted to be able to tell the teams apart on the field of play so Nebraska donned blue jerseys Nebraska nice ya know, or we lost the coin-flip? I think NU lost?

Edit: Okay so I had to look it up. Was the 1st game in Memorial Stadium, Oct 13th, 1923. Game was played on a dirt surface as grass hadn’t been installed yet! NU shut out the dirt burglars 24-0 and gained 350 yards on the ground and 0 yards through the air, although they did attempt 10 passes! Dave “Big Moose” Noble was a beast for NU in the game, even knocked the air out of the ball on a kick-off and they had to substitute with a 2nd ball The good ‘ol days!

Oh and a new song was introduced on Friday nite at the rally and sung by the Varsity Quartet, the song was “No Place Like Nebraska” 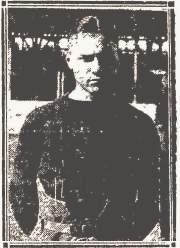 The Huskers, wearing blue jerseys, shut out the Sooners in the inaugural game at Memorial Stadium in Lincoln, 24-0.

5 Year Member
Six points for whoever can answer this:

2 Year Member
An easy one - Husker who played his career at NU with a bullet in his butt?