Tell Me a Funny

1. You take your dog for a walk and you both use the same tree.
... 2. You can entertain yourself for more than 15 minutes with a fly swatter.
3. Your boat has not left the driveway in 15 years.
4. You burn your yard rather than mow it.
5. You think "The Nutcracker" is something you do off the high dive.
6. The Salvation Army declines your furniture.
7. You offer to give someone the shirt off your back and they don't want it.
8. You have the local taxidermist on speed dial.
9. You come back from the dump with more than you took.
10. You keep a can of Raid on the kitchen table.
11. Your wife can climb a tree faster than your cat.
12. Your grandmother has "ammo" on her Christmas list.
13. You keep flea and tick soap in the shower.
14. You've been involved in a custody fight over a hunting dog.
15. You go to the stock car races and don't need a program.
16. You know how many bales of hay your car will hold.
17. You have a rag for a gas cap.
18. Your house doesn't have curtains, but your truck does.
19. You wonder how service stations keep their restroom's so clean.
20. You can spit without opening your mouth.
21. You consider your license plate personalized because your father made it.
22. Your lifetime goal is to own a fireworks stand.
23. You have a complete set of salad bowls and they all say "Cool Whip" on the side.
24. The biggest city you've ever been to is Walmart.
25. Your working TV sits on top of your non-working TV.
26. You've used your ironing board as a buffet table.
27. A tornado hits your neighborhood and does $100,000 worth of improvements.
28. You've used a toilet brush to scratch your back.
29. You missed your 5th grade graduation because you were on jury duty.
30. You think fast food is hitting a deer at 65.
T

Did you hear about the old man who decided to try Viagra? Well, it got stuck in his throat. The good news: he didn't choke to death. The bad news: he had a stiff neck for three days.

10 Year Member
Did you hear about the Nebraska football team that went undefeated?

10 Year Member
A recent study has found that women who carry a little extra weight live longer than the men who mention it.

10 Year Member
A father buys a lie detector that makes a loud beep whenever somebody lies.
His son comes home one afternoon and his father asks him, “So, did you go to school today?”

Son: “Alright, I went for a beer with my friends.”

Father: “What?! At your age, I wouldn’t touch alcohol!“

10 Year Member
After every flight, UPS pilots fill out a form, called a "gripe sheet" which tells mechanics about problems with the aircraft. The mechanics correct the problem...s, document their repairs on the form, then pilots review the gripe sheets before the next flight.

Never let it be said that ground crews lack a sense of humor. Here are actual maintenance complaints submitted by UPS pilots ("P") and solutions recorded ("S") by maintenance engineers:

P: Noise coming from under instrument panel. Sounds like a midget pounding on something with a hammer.
S: Took hammer away from midget

10 Year Member
With Christmas, close upon us, I would like to share a personal experience
with my friends about drinking and driving.

As you know, some of us have been known to have brushes with the
authorities from time to time, often on the way home after a "social session"
with family or friends. Well, two weeks ago, this happened to me. I was out
for an evening with friends and had more than several beers followed by a
couple of bottles of rather nice red wine and vodka shots. Although relaxed,
I still had the common sense to know I was slightly over the limit.

That's when I did something I've never done before - I took a taxi home.

Sure enough on the way there was a police roadblock, but since it was a
taxi they waved it past and I arrived home safely without incident.

This was a real surprise to me, because I had never driven a taxi before.
I don't know where I got it, and now that it's in my garage I don't know what
to do with it..

So, anyway, if you want to borrow it give me a call.

Merry Christmas and be safe out there… 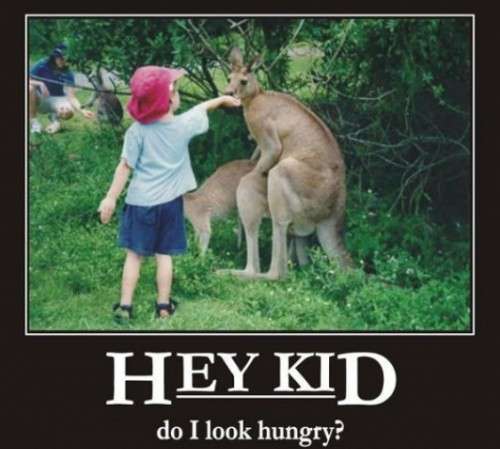 5 Year Member
A young boy is sitting in a park, eating a bunch of candy, when an older gentleman walks up and says, "You know son, eating that much candy isn't good for you."
The kid says, "Yeah, well, my grampa lived to be 100."
The man asks, "Your grampa ate a lot of candy?"
The kid replies, "No, he learned to mind his own F****** business."

5 Year Member
The Jewish football fan kept yelling, "Get that Quarter Back!"

2 Year Member
Why was the tomato red?

He walked in and caught the salad dressing.

Son: “What?! I knew it! I want to meet my biological parents!”

Father: “We are your biological parents.

Now pack up, your new parents will be here in 20 minutes.”