15 Year Member
I know there will be skepticism early in the season; but, I've also been interested in this site for the predictive model. They run multiple simulations of rest of season based on stats to date.

I don't think they are far off from the Nebraska predicted finish (Penn State, on the other hand...).

20 Year Member
I think that's a reasonable projection for Nebraska. I can't imagine much more than 10 wins. 8 to 10 seems doable. But again, I'm not really counting wins this season, as this season is only about building team chemistry and improving.

My only concern with this season are the many casual fans (those that don't start paying any attention until maybe late-January) who will simply see the record and say, "We got rid of Miles for this?!"

Penn State will be an interesting team to watch. On rare occasions, they'll look like a legitimate team, but most times they are near the bottom of the conference. History suggests there's no way they could finish with the 4th best record in the Big Ten (I guess that it's not true Big Ten standings, as it's overall record listed). But -- they are 5-0. And three of those wins are solid: Bucknell, Yale, Georgetown. Sure, none of those are top 25 types of teams, but all are the types of teams Penn State commonly loses to.

Penn State returned 8 of the 10 players with those most minutes from last season, making them very experienced. Lamar Stevens is a stud, who could very well be first team All Big Ten. And they did finish the end of last season 7-4 -- with three of the four losses by a combined 13 points. In other words, they do have a lot of the key ingredients in performing well this season. The main hesitation is simply because it's Penn State hoops, which is really about like saying Nebraska hoops ... who? ... isn't that a football school?
Last edited: Nov 24, 2019

15 Year Member
After what I would call a successful few days in the Cayman Islands, here are the updated TeamRanking metrics. Keep in mind that TeamRankings does not include games that were not on the schedule; so, the earlier metric would not have included the semifinal and third place games at the time of my initial post.

Staff member
5 Year Member
It May be a Rough Season!!!

Michigan makes their debut in the AP top 25 this week at...#4. That ties Kansas for the highest jump from unranked to ranked ever. (KU did the same thing in '89)

Michigan gets the second most #1 votes (9) behind Louisville (48) (whom they play in the ACC challenge this week).

Purdue, Indiana and Penn State are among the teams outside the top 25 receiving votes. That's half the league, folks!
Click to expand... 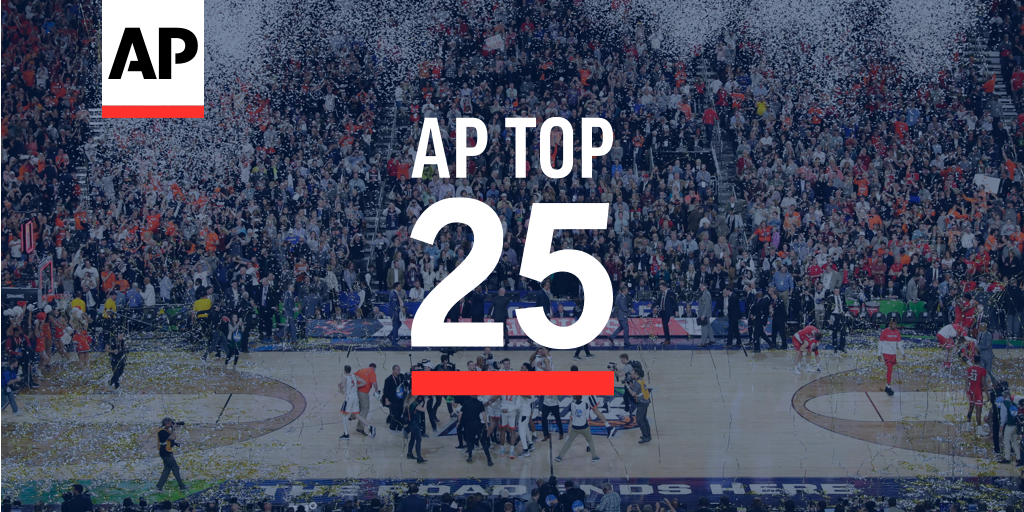 5 Year Member
Does that say UNL is likely to win three more games this season?

HuSkaBob said:
Does that say UNL is likely to win three more games this season?
Click to expand...

15 Year Member
so... this is gonna be a LONG season

coherbie said:
so... this is gonna be a LONG season
Click to expand...

Well, it says we are above 50% to win three games. They actually predict a 9 win season as of results from last night. They run numerous simulations for rest of the season based on actual statistics to date and then record how many times a team wins a matchup.

20 Year Member
No stress as a fan this season.

Just watch player development and who cares about wins and losses.

15 Year Member
As evidenced by Iowa's dominant win over Minnesota last night, projections can change day-by-day. Hawkeyes go from 27% likely to make the NCAA tourney to 42%

HuskerWeatherman said:
No stress as a fan this season.

Just watch player development and who cares about wins and losses.
Click to expand...

Yep. Enjoy the wins and put the losses behind us.

15 Year Member
Well, apparently the computer simulations are only slightly impressed by our win over Purdue, bumping us up to 1 more overall win on the season. It'll take a few more games of excellent performances to overcome our absolutely horrible early losses.

At the current stat level, we'll only be favored in 3 more games.