5 Year Member
This article kind of makes you realize how much NU has to improve from last year:
Six ifs (and counting) 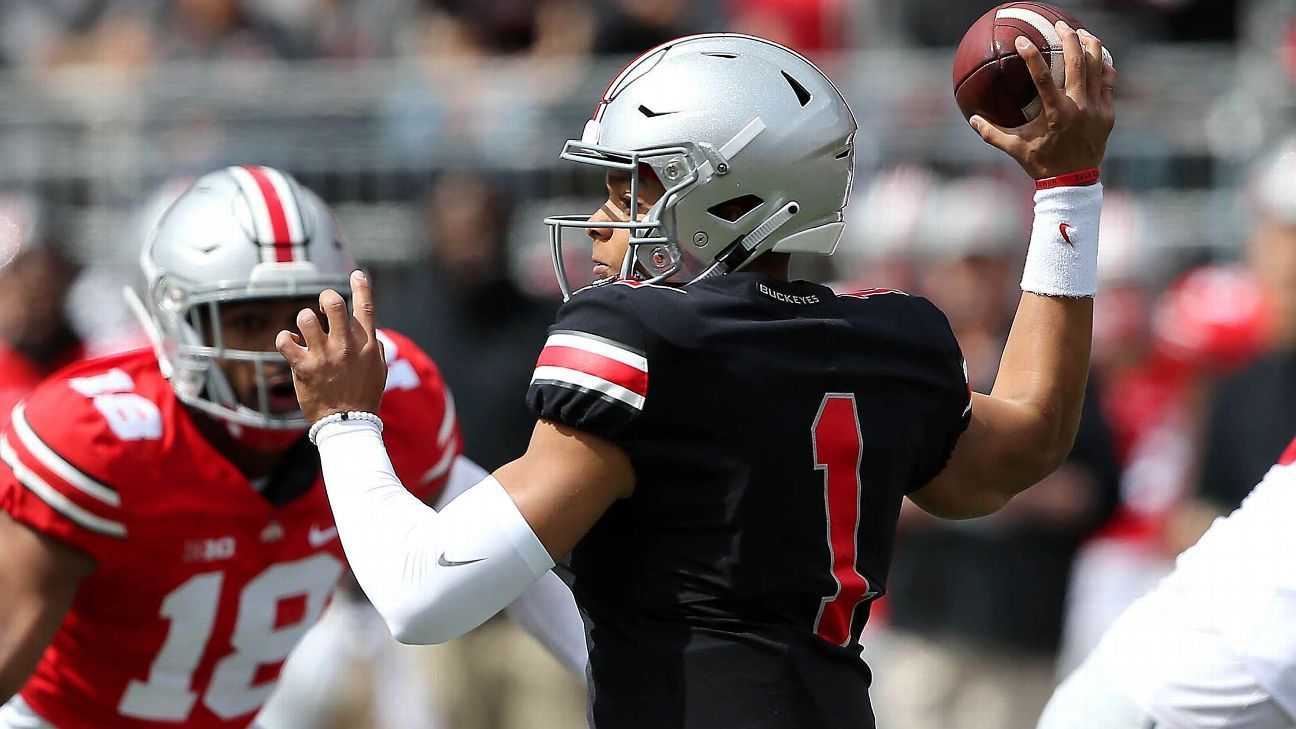 How each top CFB contender can win the national title

How many questions does your team have to answer in 2019? That will go a long way to determining if it's a legit contender or not.

If ... the Scott Frost Second-Year Miracle Leap happens twice. Let's face it: In the game of "One of these things is not like the others," Nebraska is the standout on this list. The other 16 teams we're talking about in this piece averaged 10.8 wins between them in 2018. Nebraska went 4-8. And while the Huskers certainly showed upside and improved late in the year, so did division mate Minnesota, which finished with a better record (7-6) and S&P+ ranking (45th vs. 49th) and returns more of last year's production than NU.

So really, the only reasons for Nebraska being given even semi-friendly title odds are (a) it's Nebraska (we always leap to proclaim a blue blood "BACK!!"), and (b) Scott Frost pulled off a second-year leap at UCF. That's not a lot to go on, but hey, anything's possible. Even if this isn't all that possible.

If we're treating NU as a legit contender, though, the Huskers get the ifs treatment all the same.


If ... Adrian Martinez pulls a McKenzie Milton-style sophomore leap. Milton went from intriguing to amazing in Frost's second year. Martinez, with his 65% completion rate and 6.7 yards per non-sack carry, certainly qualifies as intriguing, but the bar gets awfully high, awfully quickly if you're comparing yourself to Milton.

If ... new go-tos emerge in the skill corps. The Cornhuskers will attempt to take a huge step forward without a 1,000-yard rusher (Devine Ozigbo) and a 1,000-yard receiver (Stanley Morgan Jr.).

If ... the run defense goes from outright atrocious to good. NU was 102nd in rushing marginal efficiency allowed last year.

If ... the secondary improves dramatically despite losing last year's top three tacklers. You know what? We'll stop at six ifs, but I think you get the idea here. Barring another second-year miracle, this is not a national title contender.

2 Year Member
Can't resist temptation ... 'ifs and buts were candy & nuts, we would all have a Merry Christmas' ...

... if those six 'ifs' come to fruition, it would be all I need in my Christmas stocking.
B

5 Year Member
I'm not sure how many people are actually saying NU is a national title contender. I know there is debate about whether NU should be in the top 25, which to me seems a big stretch from saying they are contender for #1. I realize if they win the B1G west and the title game, they might have a shot, but could do that with a 2-3 loss season, which isn't the same as a NC resume.

Bleed Red said:
I'm not sure how many people are actually saying NU is a national title contender. I know there is debate about whether NU should be in the top 25, which to me seems a big stretch from saying they are contender for #1. I realize if they win the B1G west and the title game, they might have a shot, but could do that with a 2-3 loss season, which isn't the same as a NC resume.
Click to expand...

Last sentence: "Barring another second-year miracle, this is not a national title contender."
B

Bean said:
Last sentence: "Barring another second-year miracle, this is not a national title contender."
Click to expand...

So they're saying there's a chance....

Boji Husker said:
So they're saying there's a chance....

2 Year Member
#7, If my aunt had cajones, she’d be my uncle. Couldn’t resist.

Be prepared for some amazing games. We could shock a lot of people.
W

5 Year Member
It takes some seriously spiked kool-aid to put us on a national title contenders list. I love where we're headed and a division title is not an unrealistic goal but I don't think we are ready for Clemson.

It will be an exciting year. There's really only one game where a Husker win would be classified as a real upset but there are a boatload of games where the line will be close to Pick 'em status. Mental toughness wil be key because I think we're going to be in a lot of games that go down to the wire. For all the other factors we talk about, the success of the season could largely come down to Barrett Pickering's leg.
Last edited: Jun 27, 2019
I

if only you believed in miracles, so would i

inthedeed said:
if only you believed in miracles
Click to expand...

Greatest Fan of All

10 Year Member
It is entirely plausible that SF and this year's team can perform at, or above, the level of 2017 CFU. That said, the BIG prevents a far tougher overall schedule and talent level than that faced by CFU in any year. An NC? Doubtful, but "possible."
Last edited: Jun 27, 2019

We could exist on the stars, it was so easy.

5 Year Member
We don't need all these ifs to happen to win the west. We need a couple of them along with improvement in others. There isn't a team in the west without some issues.