Staff member
20 Year Member
Received notice by email. Here is his obituary. Prayers and condolences to his family and friends.

Maynard K. Smidt, 77 of North Platte, passed away in his home on October 22, 2016. Maynard was born in Cozad, Nebraska on December 5, 1938 to Ernest and Opal Smidt. He graduated from Cozad high school in 1956 and enlisted in the army. Upon discharge from the army he was recruited by the University of Nebraska where he played fullback from 1960-1964, his career with the Huskers culminating in the 1964 Orange Bowl championship. He graduated from UNL with a degree in business administration in 1964 and married his one true love Sharon Ross on April 14, 1964. Maynard and Sharon moved to North Platte in 1975 where Maynard and his brother Dean opened the Smidt Insurance Agency. Those who knew Maynard best will always remember him for his love of fishing and time spent surrounded by friends and family. Maynard leaves to cherish his memory his children Kim Ridder of Lincoln, Kristi Smidt Murphy of Omaha and Jeff Smidt of Denver; brother, Dean Smidt of Cozad, four grandchildren and a host of nieces, nephews, cousins and close friends. Online condolences may be shared at www.carpentermemorial.com. Cremation was chosen. A memorial services will be at a later date. Those wishing to sign his memorial book may do so from 9:00 a.m. to 5:00 p.m. Tuesday through Friday at Carpenter Memorial Chapel, which is in charge of arrangements. Staff member
20 Year Member
A few action shots from 1963. TDs against Kansas State and Oklahoma State, and he got a close-up look at Gale Sayers on his 99-yard touchdown run against Nebraska. 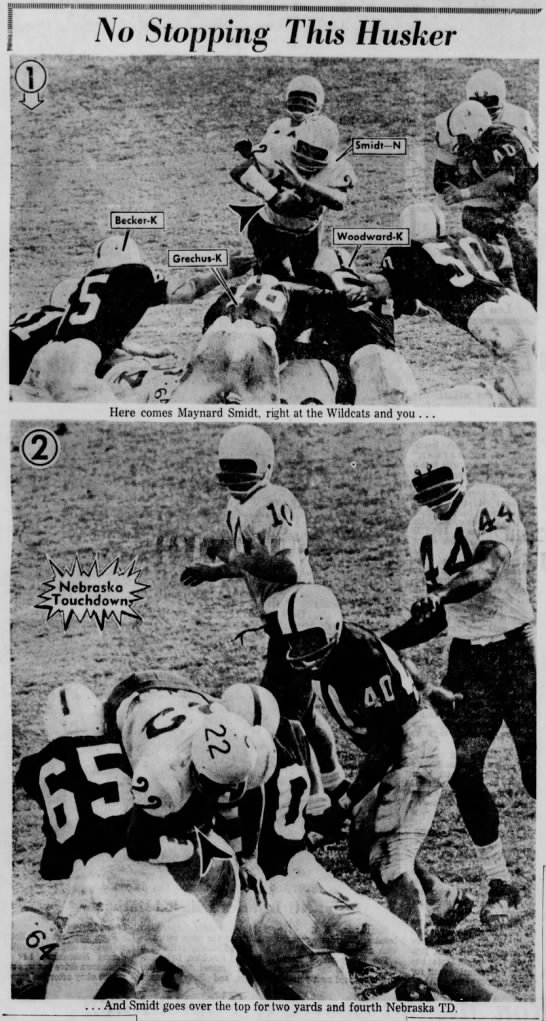 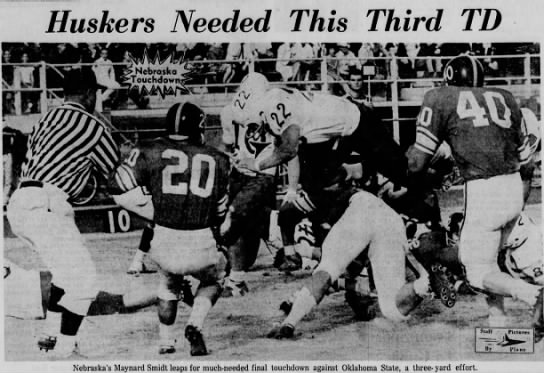 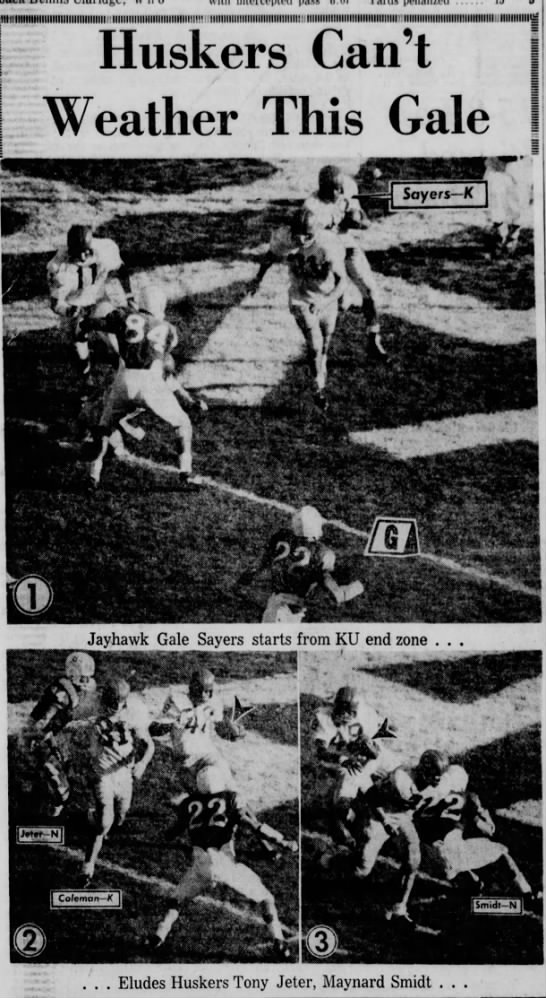