15 Year Member
Hard to believe we are already into week two of the season and the first game on the road in a tough environment at Autzen Stadium in Eugene, Oregon

15 Year Member
Coach Taggert gets that SUU is no Nebraska.

"Nebraska is big. They're strong and they won the ball game," he said. "Arkansas State, they played well. They played them tough, but from watching it, I didn't necessarily think Arkansas State took control of the game. I always thought Nebraska was in control throughout the game."

Defensive issues aside, the Cornhuskers' offense looks like it could truly test Oregon's own new defense. Nebraska scored on six of its first eight drives on Saturday, Transfer quarterback Tanner Lee completed 19-of-32 passes for 238 yards and two touchdowns without an interception while sophomore running back Tre Bryant had 192 yards and a score on 31 carries.
Click to expand...

15 Year Member
Ah interesting....forgot about that....Could pay dividends for all the obvious reasons. 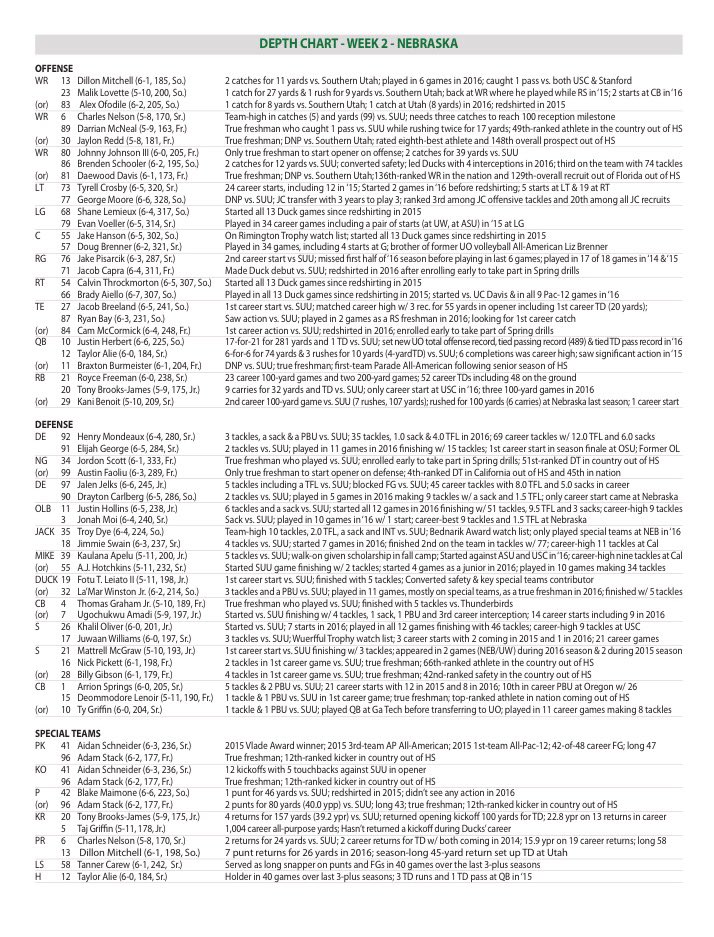