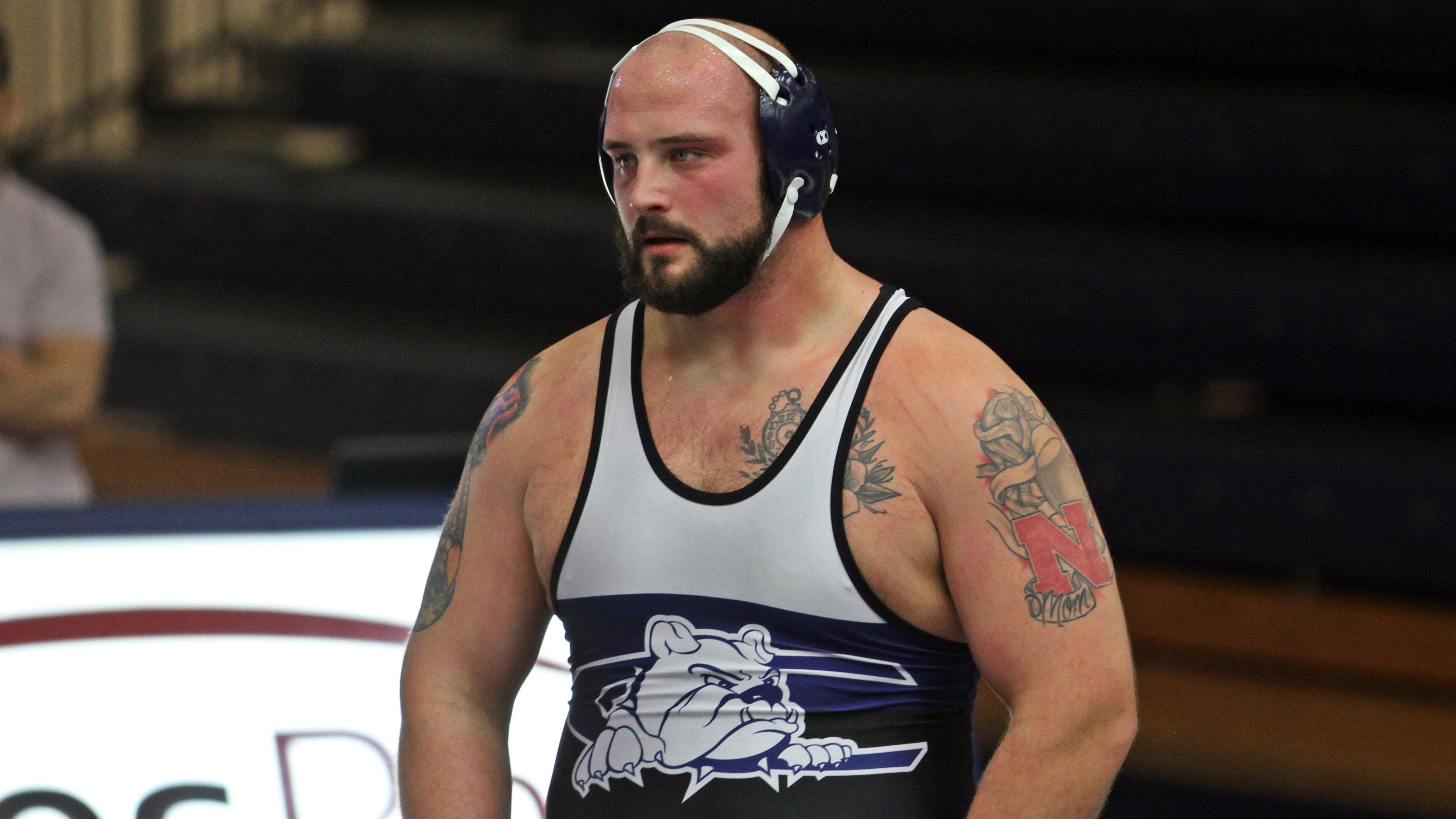 Tanner Farmer has made quite a first impression as a Bulldog. Two days after winning in a dual meet, Farmer was crowned the 285-pound champion of the Cusatis Open. He was one of 12 Concordia

www.cune.edu
"Farmer’s day included three contested matches, as well as an advancement via medical forfeit. The championship came down to Farmer and the University of Nebraska’s David Jensen, a 2019 NCAA Division I national qualifier. A native of Highland, Ill., Farmer topped Jensen by an 8-5 decision. Prior to that bout, Farmer wiped out Daniel Gonzalez of Hastings by pin in just 43 seconds and then knocked off NAIA 20th-ranked Lexington Plummer, 6-1, the same foe he faced in Thursday’s dual. " 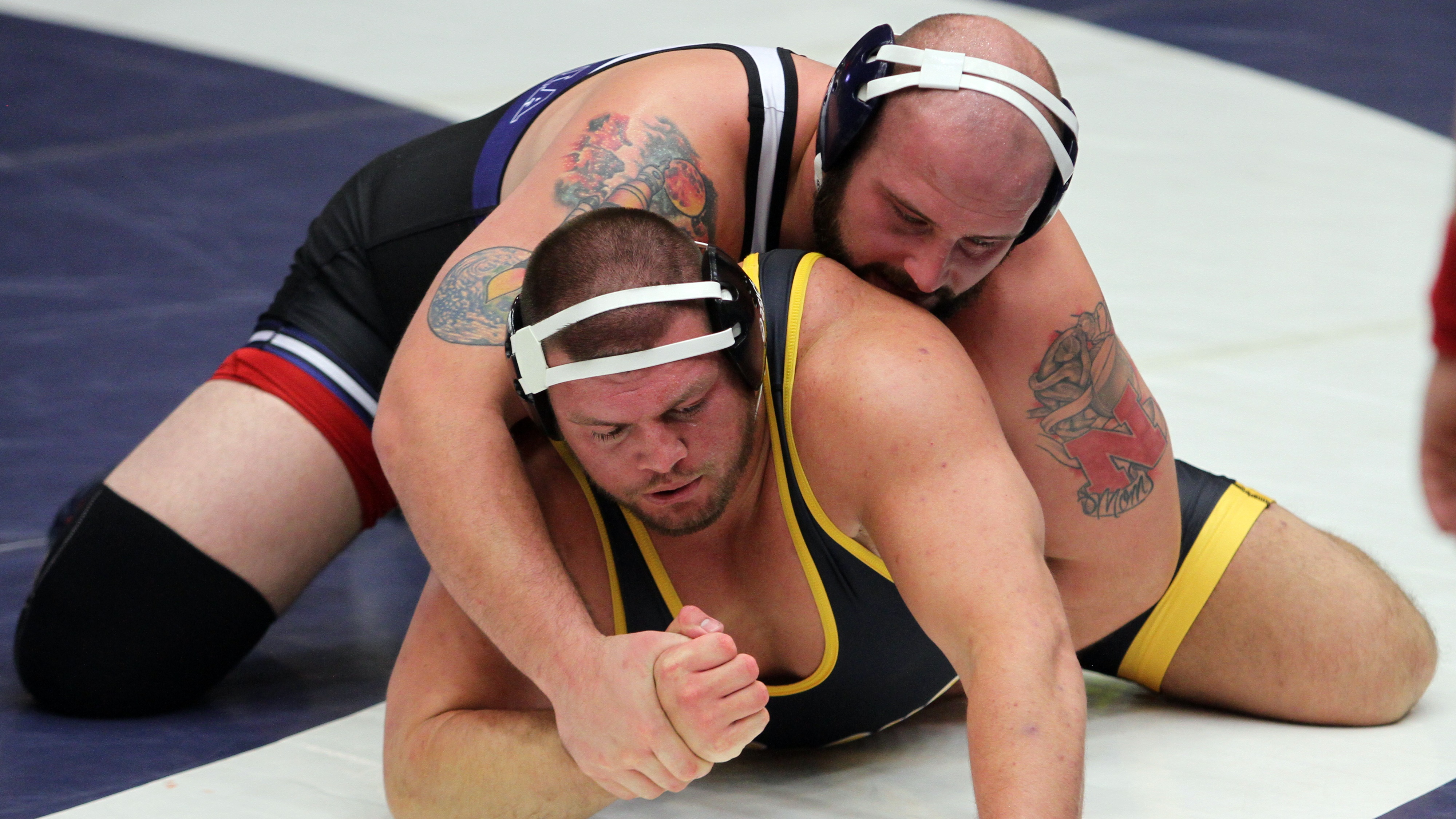 "In his short career with the Bulldogs, Farmer has already notched tournament titles at the Hastings Cusatis Open and the Missouri Valley Invite. In the latest tournament, the native of Highland, Ill., went 6-0, recorded three pins and was credited with four victories over NAIA nationally-ranked opponents: No. 2 Shawn Beeson of Graceland University (Iowa), No. 3 Gage Johnson of Oklahoma City University, No. 6 Justin Harbison of University of Providence (Mont.) and No. 18 Dalton Sikes of Ottawa University (Kan.).
Ranked 13th in the NAIA at 285 pounds, Farmer is now 11-0 since joining Concordia for the second semester. He is a former Nebraska Cornhusker starting offensive lineman and spent this past fall as a volunteer assistant for head coach Patrick Daberkow’s Bulldog football staff." 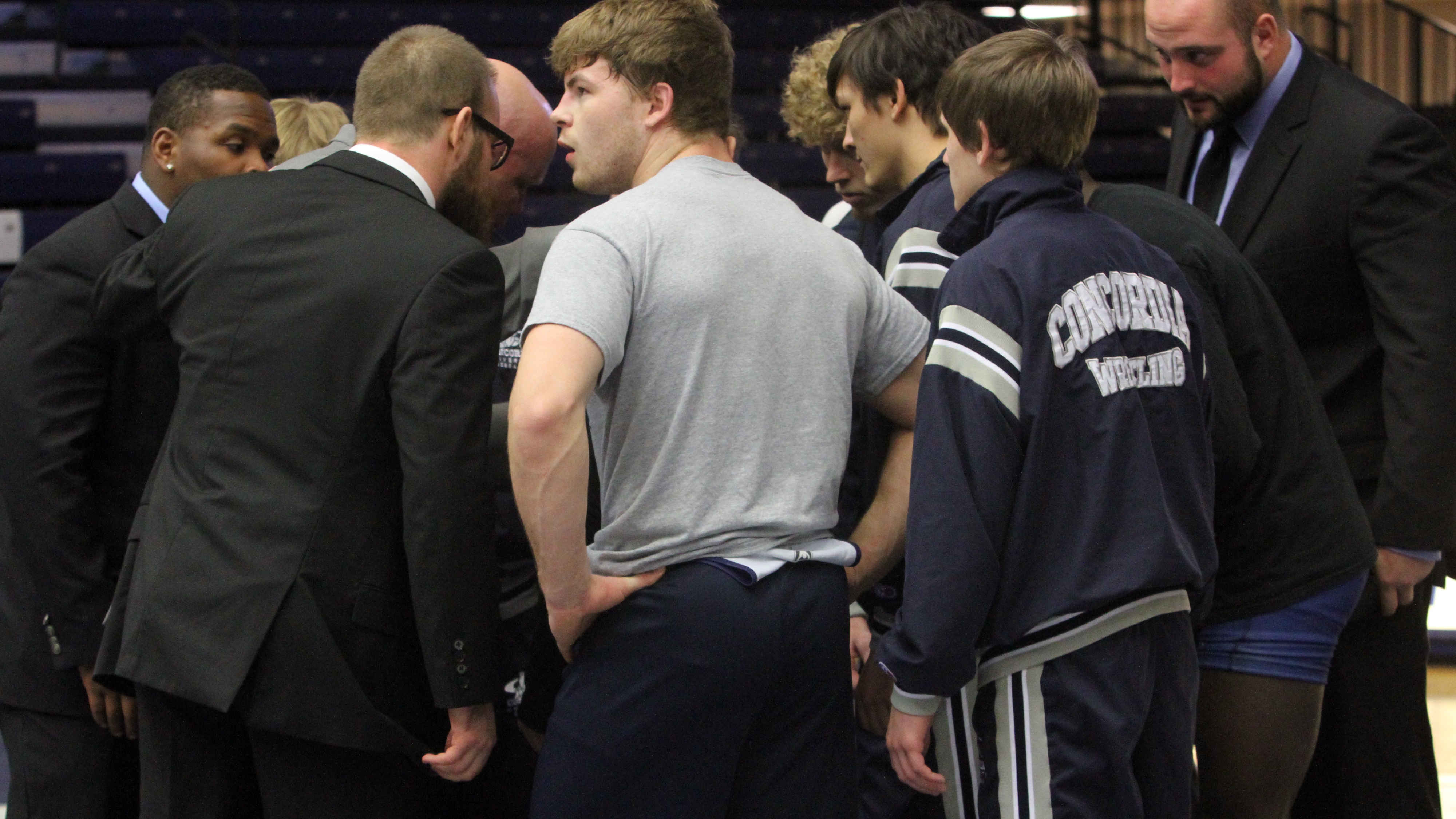 With at least a share of the GPAC regular-season title already in hand, the 20th-ranked Bulldogs will host Dakota Wesleyan and York on Thursday in a triangular. Concordia hopes to wrap up the outright 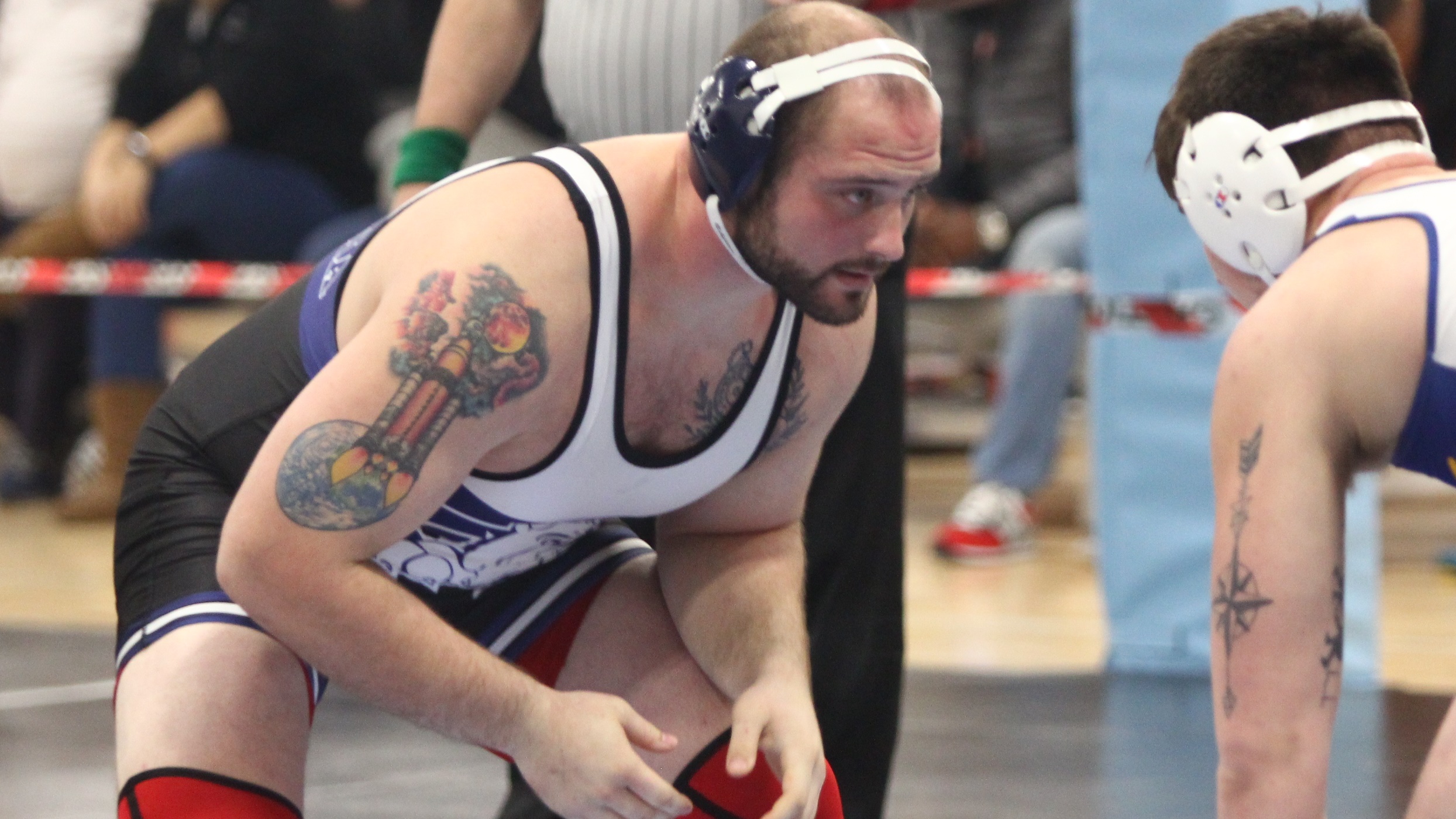 A group of 12 Bulldogs combined for three place finishes and 23 wins (10 by pin) at the Sioux City Dave Edmonds Open on Saturday (Feb. 1). Tanner Farmer captured his third tournament title this

The subject of many local media profiles for his transition from University of Nebraska football starter to NAIA heavyweight, Farmer just keeps on winning. He ran his record to 17-0 with five more victories on Saturday. Along the way, the Highland, Ill., native collected two pins and closed the day with a pair of wins over NCAA Division I South Dakota State University opponents. 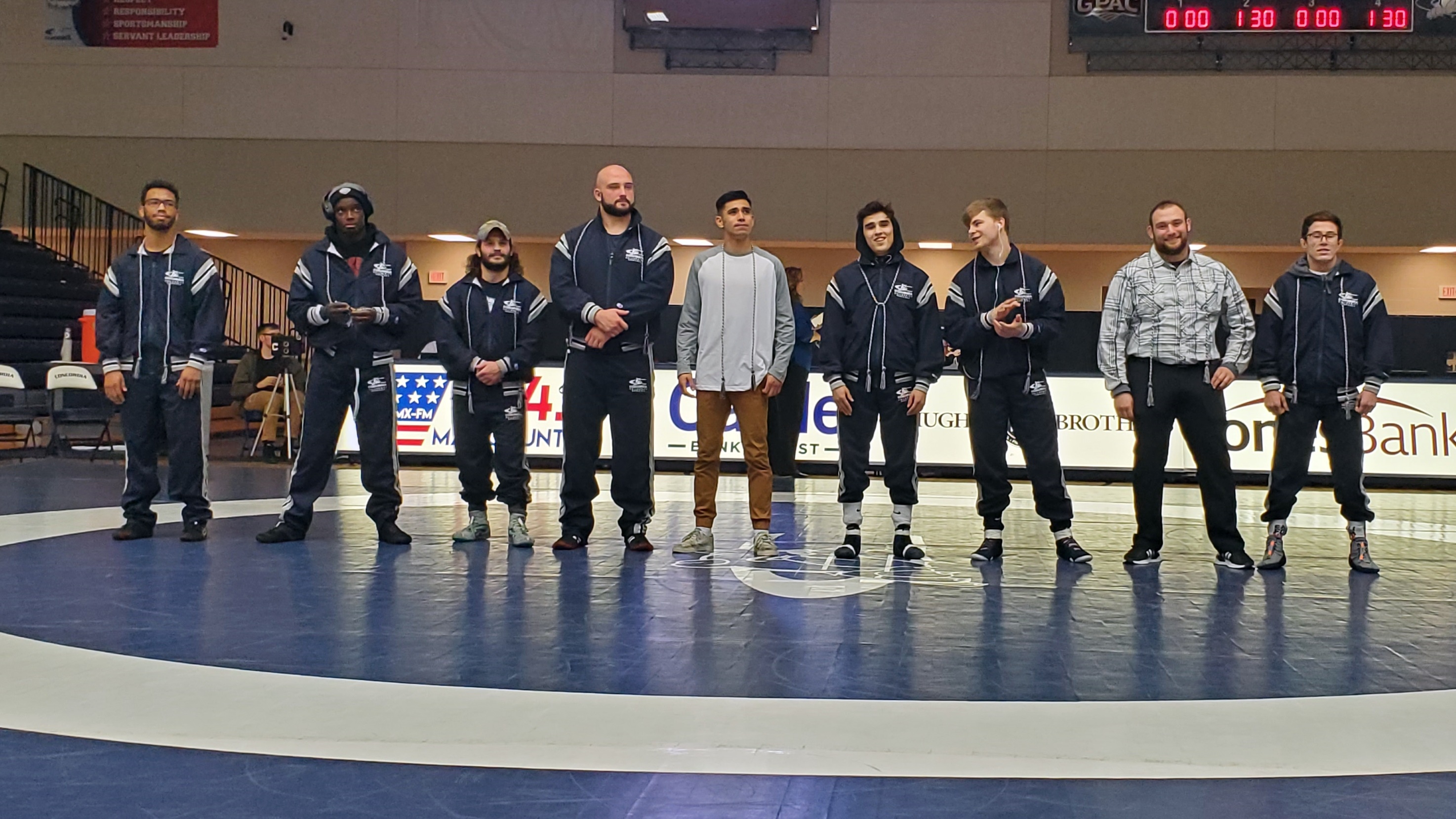 Head Coach Levi Calhoun wanted his guys to have some fun on Thursday (Feb. 6) evening. They did just that. The Bulldogs recorded four pins and blanked Bethany, 50-0, on senior night.

www.cune.edu
Tanner Farmer, now the NAIA’s second-rated heavyweight. Farmer toyed with the opposition, posting six takedowns before wiping out Dustin Mason with a pin in the second period. Farmer will take a perfect 18-0 record into postseason tournament action. Farmer (GPAC Wrestler of the Week three times in the last four weeks) 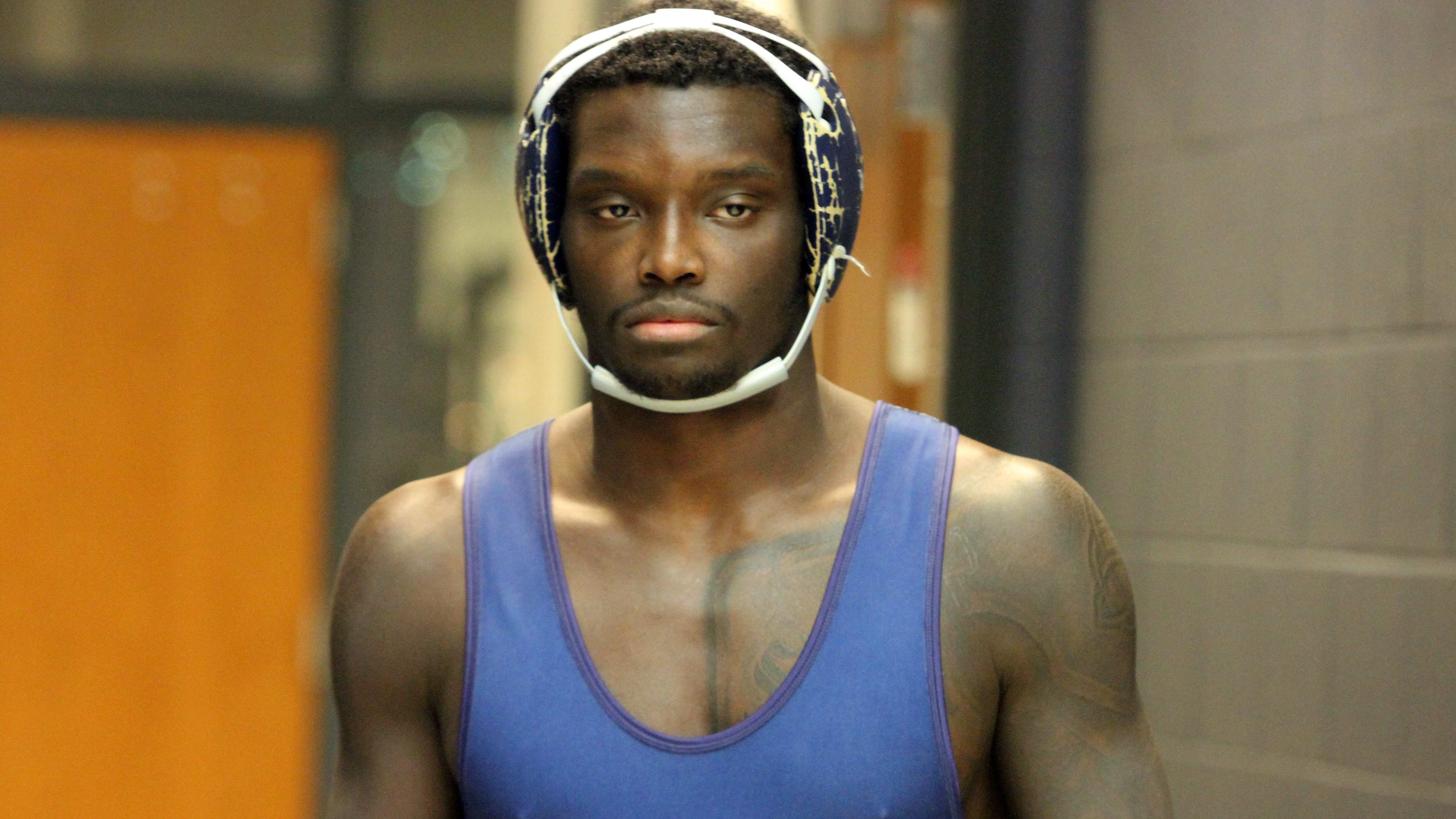 With one trophy in hand, the Bulldogs hope to carry over their dual success into the postseason. Concordia will take 12 wrestlers to the GPAC championships hosted by Morningside on Friday and The Home of the Great Plains Athletic Conference 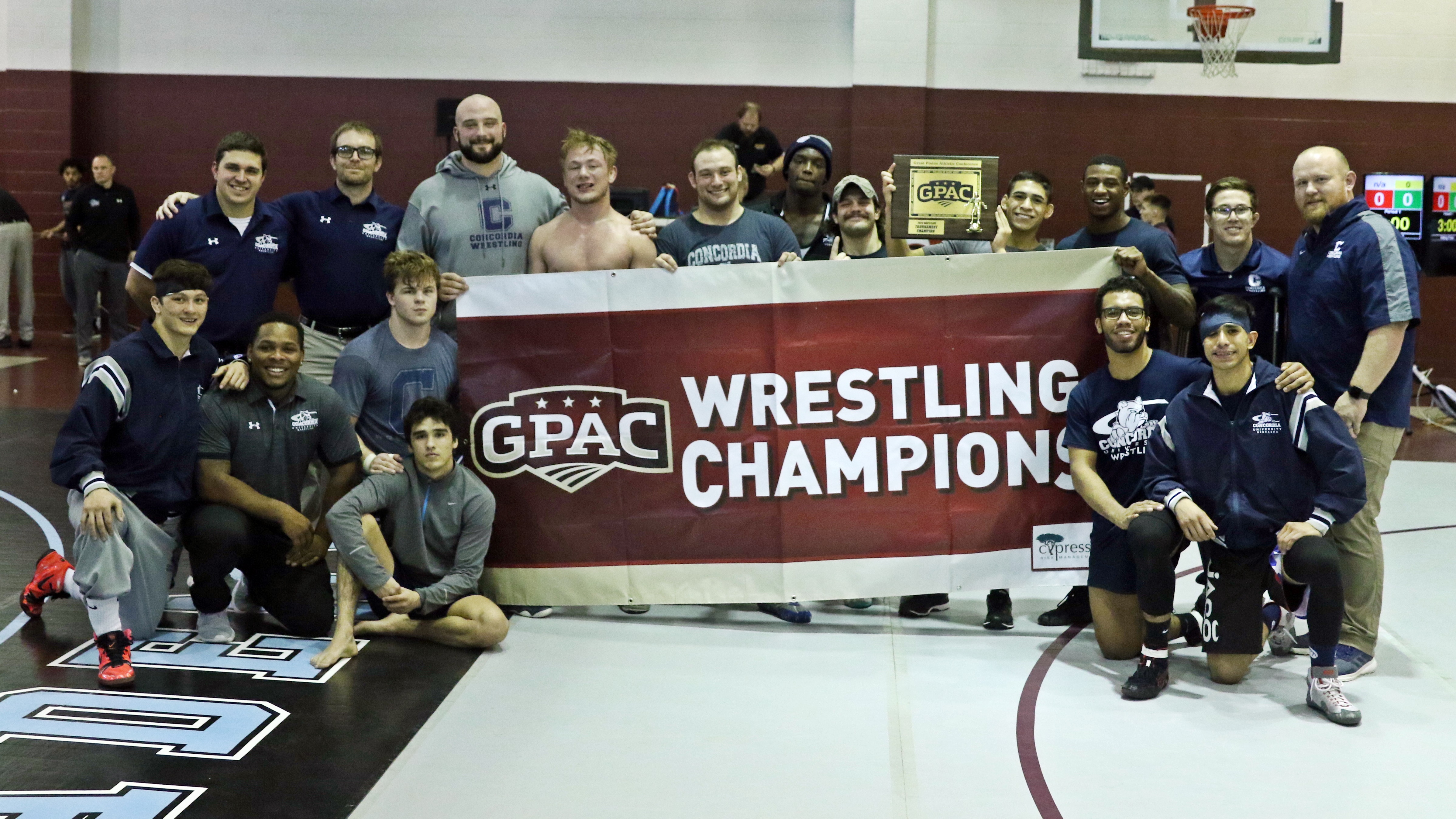 A season of GPAC dominance was capped on Saturday (Feb. 22) with Concordia earning the conference tournament title behind three individual champions. Seven Bulldogs locked up bids to nationals.

"Farmer stormed onto the scene this second semester and remains perfect at 22-0 heading to the national tournament. The NAIA’s second-ranked heavyweight blazed through the conference field with a pair of pins on Friday before winning by scores of 5-0 (decision) in the semifinals over Doane’s Brandon Antesberger and 9-0 (major decision) over Morningside’s Phil Rasmussen in the championship on Saturday. Farmer did not surrender a single offensive point in the tournament. "
Last edited: Feb 23, 2020

5 Year Member
The 2019-20 season will continue at the NAIA Wrestling National Championships to be staged at Hartman Arena in Park City, Kan., March 6-7. 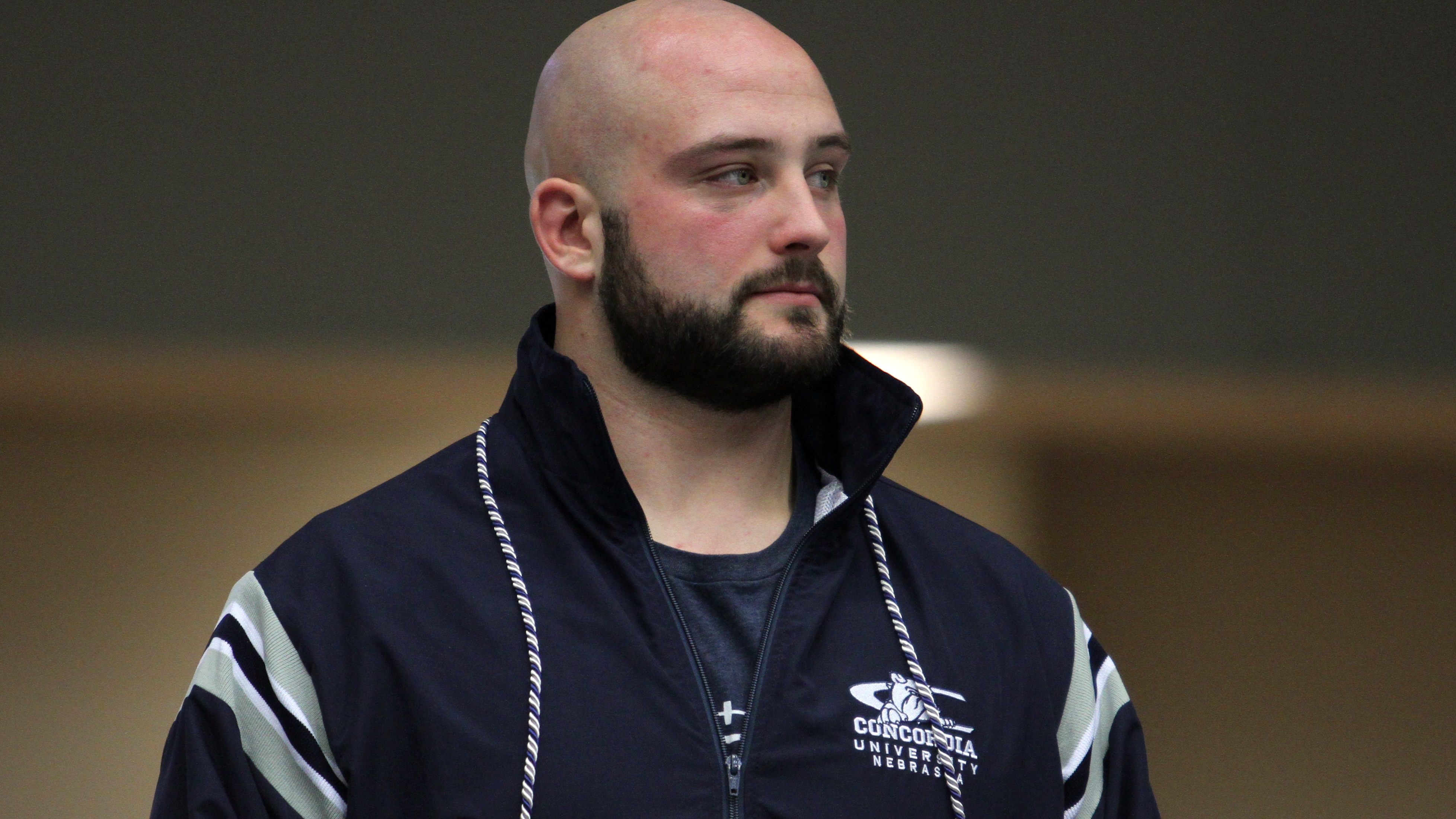 Tanner Farmer (wrestler of the year) and Levi Calhoun (coach of the year) pulled in major honors from the GPAC. Meanwhile, Farmer was one of eight Bulldogs to earn All-GPAC recognition. 5 Year Member
Tanner into the finals: 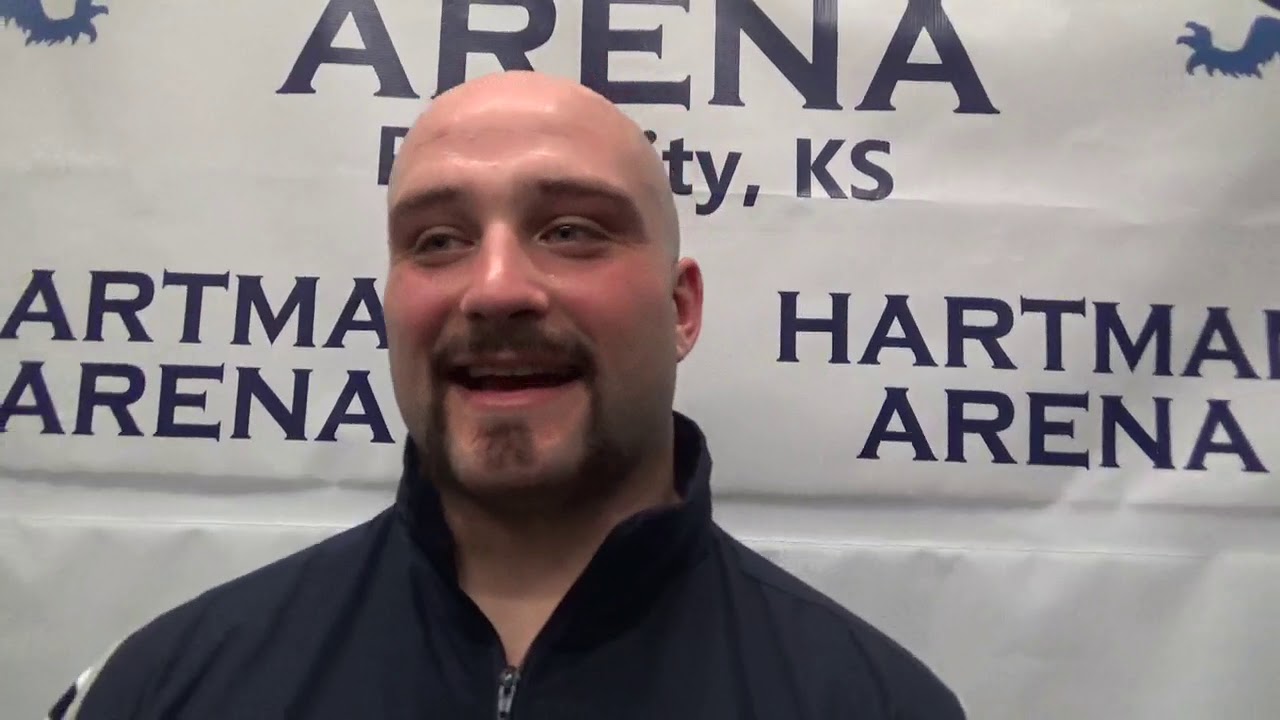 Tanner Farmer finished his football career at Nebraska as a three-year starter before learning his NAIA eligibility clock hadn't expired. He returned to wrestling and he reached the NAIA semifinals for Concordia.<br>
www.trackwrestling.com
Last edited: Mar 8, 2020