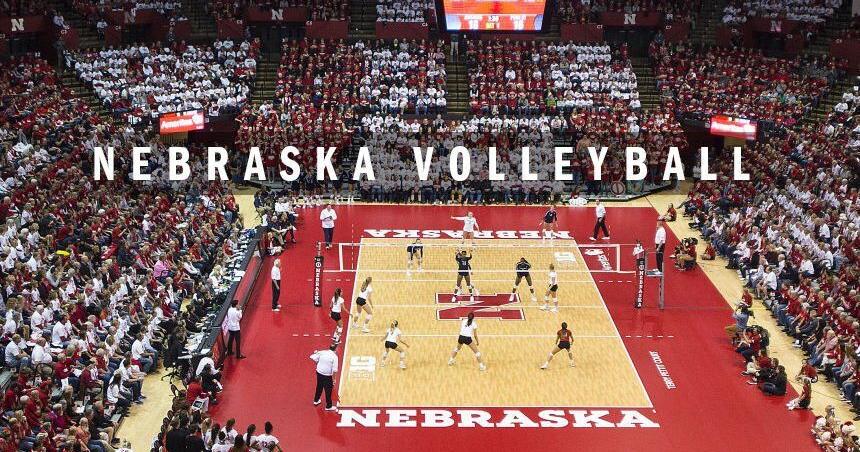 'I don’t think anybody is really surprised': Nebraska volleyball gets commit from No. 1 national recruit Skyler Pierce

For the second recruiting class in a row, Nebraska volleyball has a commit from a No. 1-ranked national recruit.

"Another year of high school recruiting for the Nebraska volleyball program has started off with a bang.
The Huskers this weekend received a commitment from outside hitter Skyler Pierce, the No. 1 prospect in the nation according to one recruiting service.
The 6-foot-2 Lenexa, Kansas, native committed just four days after college coaches were allowed to start making recruiting phone calls to the 2024 recruiting class.
Pierce attends Olathe Northwest, where she’ll be a junior this fall and also plays basketball.
She’s ranked No. 1 in the nation by Prep Dig. In the Prepvolleyball.com rankings, Pierce is ninth.

Her club program, Dynasty, has several top-30 recruits in the 2024 class and won a national championship last summer. Later this summer, Pierce has been selected to a tryout camp with the United States junior national team.
Nebraska’s five-time national championship program has had success recruiting most of the country. But this is another example of when the Huskers benefited from being located in a neighboring state to one of the top players in the country, just like was the case with current and past players from Iowa (Nancy Metcalf, Mikaela Foecke, Madi Kubik and Hayden Kubik)."

15 Year Member
John Cook is a great coach and runs a great program. By far the best coach on campus!!!!

djlhuskerfan said:
John Cook is a great coach and runs a great program. By far the best coach on campus!!!!
Click to expand...

And it appears he is more focused than even TO on his program’s succession. I hope he stays for another decade, but, when he leaves, the AD will have a wealth of successful current and former assistants to choose from.

I'm not an expert in the nuanced things coaches see; she's raw but this girl can attack, block, and dig with the best of her peers! A great get.

djlhuskerfan said:
John Cook is a great coach and runs a great program. By far the best coach on campus!!!!
Click to expand...

Amen!! He is the reason the best come to Nebraska!!

MParker said:
I'm not an expert in the nuanced things coaches see; she's raw but this girl can attack, block, and dig with the best of her peers! A great get.
Click to expand...

Coach will mold her into an All American!!

Good interview. She seems like a nice kid. I haven't seen her play, but I assume she is a great player due to all the hype. The one thing that kept running through my mind as I watched this interview was that she needs to spend some quality time in the weight room and the training table. She could probably benefit from adding 10-15 pounds of lean muscle mass.
You must log in or register to reply here.
Share:
Facebook Twitter Reddit Pinterest Tumblr WhatsApp Email Share Link
Visit the Sports Illustrated Husker site