locoincolo said:
I remember Scott Frost whining on national television about getting a share of the National Championship in 1998? Years after that, I was stoked to have him as a coach after his amazing job at UCF.

Turned into a solid whatever. Moments of good play calling, but mostly marginal. Terrible clock management through the career. At least he's got the team playing hard, and my kudos for the men in the trenches REALLY showing what they have - that was impressive.

I called this game with my son, another one score loss. Vegas was very stupid to put the Huskers up a score.

It'll be at least 5 years from here to get a B10 West Championship. Scott will sit in the seat next year until he's fired, and then we start all over again. Husker football isn't that much fun anymore. Too bad, because with the right staff, this year's team probably would have had a winning season. And let's give up the "sold out stadium" bs, it's been propped up for years artificially. Let it die.

Sorry to be a turd, but I've watched this program drop slowly into the abyss since the 10/21/02 (I think that's the date)
loss with OK State. However, I never thought I'd see the management of the team fail so miserably.

For the players, damn, it was a hard fought year, and I personally wish you all the very best future in and outside of football. I am amazed at the effort and the amount of talent you all displayed. Keep kicking ass!

As a fan from the late 60's, this is my perspective - and again, I'm only a fan, my position is pretty limited. Take it for what it's worth.
Click to expand...

RED CRUSADER said:
Did the thought crossed your mind that HCSF Went with BB way too much during the crucial last series of downs for us—That’s possibly an homage to Adrian M because the two of them are housemates
Click to expand...

djlhuskerfan said:
Frost refused to discuss the need for special teams coordinator. He is clueless!
Click to expand...

He did hem and haw, for sure

CrnhskrBob said:
See you there, my friend
Click to expand... 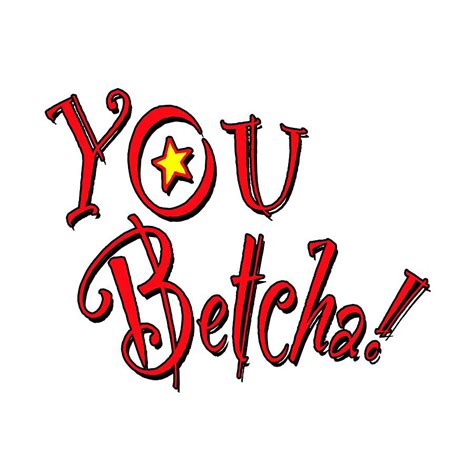 ThrowFar60 said:
And your solution came in and poo poo’d down his leg in a clutch situation.
Click to expand...

Acted no different than your savior that’s for sure. Different qb same results

Walztrent said:
Acted no different than your savior that’s for sure. Different qb same results
Click to expand...

My savior is Jesus buddy - the fact is Smothers led us to a loss and in crunch time, he threw an int to an area where there wasn’t a Husker within 20 yards. So he either A) can’t read the field, or B) made his mind up on where he was throwing it before the ball was hiked.

jmatlock said:
I bet the recruits are lined up to join this dumpster fire
Click to expand...

Who wouldn't want to be part of this?!!!

ThrowFar60 said:
My savior is Jesus buddy - the fact is Smothers led us to a loss and in crunch time, he threw an int to an area where there wasn’t a Husker within 20 yards. So he either A) can’t read the field, or B) made his mind up on where he was throwing it before the ball was hiked.
Click to expand...

Lmao like I said your savior am doesn’t do any better. So guess we need to look for a qb in portal or find a qb coach that can get am or someone on our roster to not pee down their legs when the games on the line.


Nebraska puts an exclamation mark on one of the worst seasons in modern history with an absolute choke job, complete 4th quarter meltdown to lose to a lucky opponent who hadn’t made a play all day and deserved to lose by multiple scores.

This may have been one of the worst meltdowns in Nebraska history. The fourth quarter may have been the ugliest quarter of football in a long, long time.

I have said two things for the past few seasons but especially this year:


This was a total team meltdown.

But of course, the meltdown was led by a pathetic special teams’ disaster.

Up 21-9 and with the game in solid shape against a team struggling on offense, Nebraska did what they had to do to lose. On a punt, a Nebraska up-lineman made the stupendous decision to double team a rusher and let his man—the guy who blocked the punt—run by him untouched. Brilliant decision & points to the other team. Just exacted what needed to be done to lose.

Then Logan Smothers took over from the Adrian Martinez playbook by fumbling in the backfield untouched.

But hey, the defense bailed him out (one last time). We fair caught the punt on the 6 yard line (brilliant decision, by the way).

Then Scott Frost took over. He decided to abandon the run and drop his redshirt freshman QB into the end zone to throw pay after play. Brilliant play calling.

So, Smothers drops back, sees a rush, panics, and retreats into the end zone instead of out of the end zone.

The other team drives and the defense stiffens and they kick a field goal.

Tie game. But in reality, the game is already over. It is just a matter of how.

We get the ball again. We have a dropped pass. Smothers holds the ball too long a takes a silly sack. We punt.

Our defense now does what everybody knows they are going to do.

The other team drives downfield like a knife through butter and scores basically against a good stiff wind.

Down by 7, with time running out. Can Logan Smothers loosen his collar and stop choking long enough to lead a drive to tie or go for two for the win?

What do you think?

Smothers does a good job, actually. He works the sideline and methodically moves passed midfield.

Then with around a minute to go, Smothers goes full Adrian Martinez. Under no pressure, he throws the ball downfield to an area near the goal line where three defenders are standing but not one single Cornhusker can be seen.

Can’t do that kid.

Chokejob complete. Another embarrassing loss. Another time when players can go to the locker room and lie to their teammates, “I love you guys. I got your back.”

You win as a team, you lose as a team. This was a total team loss.

If the players can’t learn to stop doing this to themselves. Then none of the other stuff will ever matter.

And in the offseason, someone take the bullets out of the gun that players keep using to shoot their teammates in the foot.

Don’t have anything else to say. And no, it isn’t a coincidence I did not once mention the name of the “other team.”

Why? Because they didn’t matter.

Thank God this season is over.

CrnhskrBob said:
He did hem and haw, for sure
Click to expand...

He did call his record 'criminal'...oh well.
T

Walztrent said:
Lmao like I said your savior am doesn’t do any better. So guess we need to look for a qb in portal or find a qb coach that can get am or someone on our roster to not pee down their legs when the games on the line.
Click to expand...

djlhuskerfan said:
Frost refused to discuss the need for special teams coordinator. He is clueless!
Click to expand...