Staff member
10 Year Member
Good video on viral evolution from a friend of mine.

Staff member
10 Year Member
Read this if you have the ibuprofen concerns. Dr. who putting his name and face on things. Not friend of a cousins FB post here. 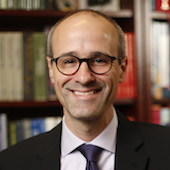 Ibuprofen and COVID-19: a doctor’s guidance

Last week, France’s health ministry urged people who have been infected by the novel severe acute respiratory syndrome coronavirus (SARS-CoV-2) to avoid taking over-the- counter nonsteroidal anti-inflammatory drugs (NSAIDs) such as ibuprofen, naproxen and aspirin because they might increase the...

Now read this thread and watch how dude slays the report. Time, replicates and controls are important.

Further slaying of the Chloroquine paper.

Staff member
10 Year Member
I find this interesting. Implications can be used to support whatever opinion you want.

Staff member
10 Year Member
So there has been some discussion on antibody testing for corona virus. Essentially, this is going to be a blood test to see if a person is making antibodies to the virus and thus indicating that they have previously been infected.

This will be done utilizing properties of antibodies and the virus or proteins of the virus itself. In simple format, let me guess that the surface protein of the virus known as the Spike protein or S-protein is going to be determined the protein that you need to have antibodies developed toward in order to prevent the infection. So scientists are going to make a bunch of that protein and have it coat the bottom of a well of a test plate. Then sample of human sera will be incubated allowing any antibodies that bind to the S-protein to attach. This then will get a series of washes to help remove any "non-specific" binding.

The constant region of the antibody is something that is conserved from person to person, it just so happens that we all have 5 or so different constant regions. and these differences have different properties in regards to their function and what immune cells that a particular antibody are going to interact with. This is where we get the IgM, IgA, IgG, IgD, IgE.

For example if an IgE antibody recognizes something its tail is going to interact with immune cells that are consistent with allergies, like hay fever, etc.

There are gobs of different variations on this theme. I described what is essentially known as an ELISA, but there are other variations, all that have pluses weaknesses, etc. In a lab setting that I work in these types of assays are made much more individualistic so the fancy readout steps aren't used, but you do get some great serums and antibody names. Such as goat anti-rabbit, donkey anti-mouse etc.

Sorry, I have probably done a poor job explaining this and should just link to a video and pictures. lol


Lots of info in this paper. Nice time course on testing in repeated samples from patients. Figure 2 is the meat of this paper for me, especially testing and and antibody detection. (@FeelLikeAStranger make sure to take a gander here.) 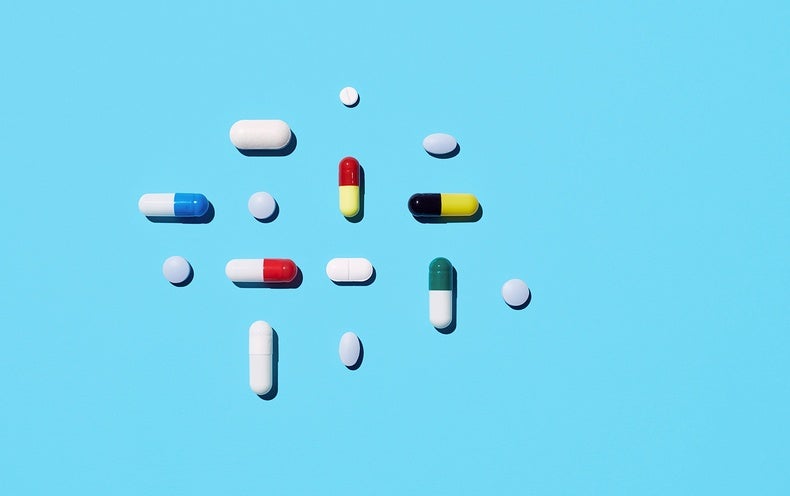 Nice summary of drugs being looked at.

Staff member
10 Year Member
So part of this thread is almost creating a resource for myself. I know I tried to explain serological testing previously(post #36), but here is a very nice document from John Hopkins that talks about the different types of serological tests, difficulties and what a good national strategy for testing would be.

I. Executive Summary
Serology (antibody) tests for the SARS-CoV-2 virus have the potential to inform good public health decision making during the pandemic. This report describes potential uses of the tests, areas of uncertainty where additional research is needed, and examples from other countries now beginning to make use of these tests. The priority for the United States now is to make validated, accurate tests available to: (1) public health authorities, to conduct surveillance and to estimate the numbers of people previously infected. Should antibody tests be determined to correlate with immunity to the
disease, they should then be made available to: (2) essential workers, with priority for healthcare workers and those who interact with vulnerable populations (eg, nursing home residents); and (3) individuals who may use them to assess their personal risk of becoming infected with SARS-CoV-2 (COVID-19 disease). These tests will be in high demand, and manufacturing should be scaled appropriately, but the first steps will be to ensure accuracy, validity, and comparability of available tests.
Serology testing (or equivalently, serological testing) for COVID-19 may be used to identify whether people were previously infected by SARS-CoV-2. This is important to determine, because the polymerase chain reaction (PCR) and other rapid diagnostic tests now being used identify the presence of viral material, which is found only in people who are currently infected. Not everyone who has had the disease has had the opportunity to be tested before the virus was cleared from their bodies, and as many
as 25% or more people are asymptomatic.1,2 Thus, it is now presumed that there is a significant population in the United States who likely have been infected with SARS- CoV-2, have recovered, and currently possess some degree of immunity. Because public health decision making depends in part on an understanding of the disease prevalence and the prevalence of likely immunity, extensive antibody/serology testing is needed to determine the true prevalence of SARS-CoV-2. Individuals want to be tested not only for their own peace of mind, but also because a positive result (ie, a history of having been infected and cleared the virus) may theoretically release them from the constraints of public health physical distancing measures. However, it is not known whether the presence of antibodies correlates with protection from disease.
While serology testing has the potential to provide valuable information to individuals and to public health authorities, there are significant areas of uncertainty that will
need to be addressed in the coming weeks and months. The first and most urgent is serology test validation. There are dozens of serology tests being marketed in the United States that are not providing accurate information and that are not comparable to each other.3 Ensuring that tests are comparable and accurate requires a validation process with access to many patient samples, overseen by the Food and Drug Administration (FDA). While such a validation process is apparently under way, it is unclear when it will be completed. Second, while some degree of immunity to COVID-19 after recovery is assumed by most experts, determining whether there is a specific antibody level that correlates with immunity will require additional research. Third, even if protective immunity is successfully induced by infection, it is not clear how long that immunity

3
lasts. For SARS in 2003, antibodies were maintained in recovered patients for up to 2 years, but as the virus disappeared by mid-2004, protection from reinfection was never demonstrated.4
Because of the potential for relaxing physical distancing measures for those who have recovered, several governments and large employers are currently exploring the possible use of what has been termed “immunity certificates,” to release recovered people
from physical distancing measures. Given the inaccuracies in available tests and the uncertainty about how the test results correlate to immunity, this is not a justifiable
step at this time. In this report, we describe considerations surrounding the use of certificates, once accurate tests are available and validated and if they are correlated with immunity. A standard for COVID-19 immunity before a vaccine is available would need to be carefully constructed and monitored so as not to create perverse incentives. For instance, some people might imprudently try to get infected to evade physical distancing measures or to be hired by businesses that require immunity as a condition for employment. We address some of the ethical and legal implications of immunity certificates.
Serology tests will be an important tool for public health workers to estimate the prevalence of disease. These tests will be in high demand by individuals who hope
to assess their risks of immunity to SARS-CoV-2. Serology testing, among other nonpharmaceutical interventions, can help to bridge the time before a vaccine is available. However, validated, accurate tests are currently in short supply. In this report, we seek to draw attention to the options for expanding access so that the potential benefits of serology tests can be realized as soon as practicable.
Click to expand...

Staff member
10 Year Member
More Viral evolution. Normally this type of presentation sucks because I am listening to the ability of loci to convert some strange sugar source to energy or how a flagella has changed and is interacting with a Toll-like receptor slightly differently than before. So the timeliness of this information and the direct application to understanding how the virus is changing is much more riveting!!! Vaughn's first video is in post 31.

Californication said:
Native or FLAS, could you discuss how remdesivir works? my understanding it doesn't target RNA polymerase oer se but is a nucleotide analog that disrupts the formation of full length RNA. Does this make it more or less susceptible to becoming ineffective (if it is effective) due to a viral mutation?
Click to expand...

You are correct, that it is a nucleotide analog. So while not truly target the RNA dependent RNA polymerase, the drug acts a on the polymerase. So typically these drugs tent to lack a bit of potency when compared to non-nucleoside reverse transcriptase inhibitor (NNRTI) or protease inhibitor (PI) drugs, due largely to their competitive mode of inhibition and requirement for metabolic activation. (HAART therapy for HIV uses all three classes of drugs in combination).

I don't know for sure, but I would say that viral mutation is less likely. I say this as the nucleotide incorporation domain is still going to have to accept regular nucleotides in order to still work, so the chance of a mutation blocking the analog, while not effecting the other nucleotides becomes less likely. If you look at mutation rates of the virus in general, and check out the latest Covid evolutionary video (post#41) you see that in general the RNAdepRnaPolymerase is more stable in general as mutation here are selected against, any mutation that effects the fidelity or processivity of the enzyme is less likely.

Staff member
10 Year Member
This article deals with inaccurate testing on the RT-PCR front. Testing to see if currently carrying the virus. Errors here can happen. And technically this is many fold times easier and straight forward compared to the antibody testing that is getting talked about. Fairly technical article that is well done from a trusted source. 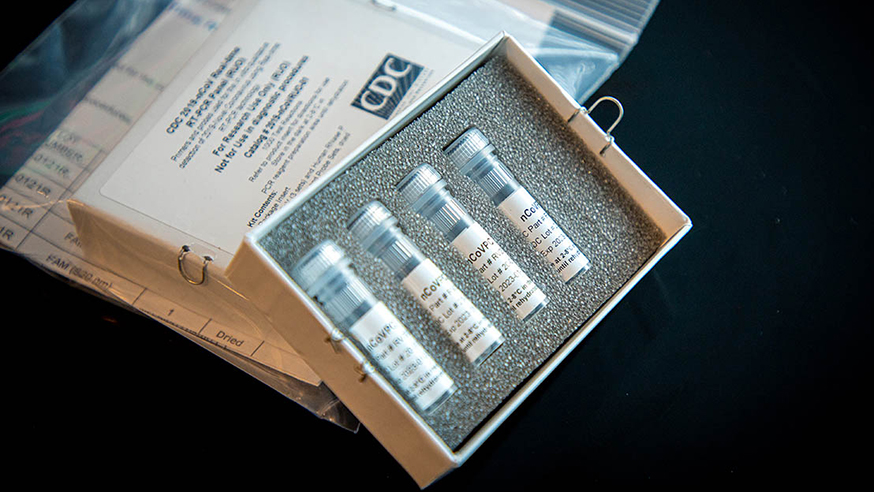 RT-PCR testing for SARS-CoV-2 (COVID-19) has expanded, but now we are faced with the issue of test performance. Specimen collection and transport, plus the tests’ limits of detection, are just some of the factors at play. 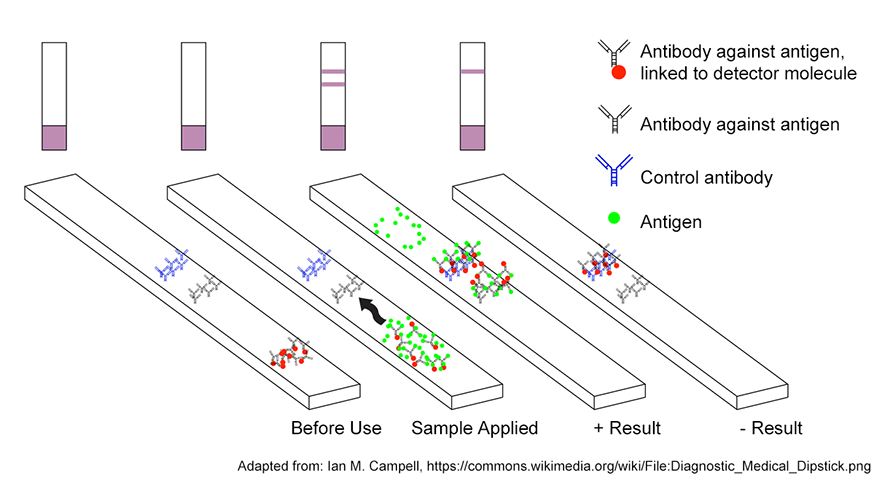 Answers to frequently asked questions about SARS-CoV-2 rapid antigen, molecular and antibody testing, 3 important tools for the diagnosis and management of COVID-19.

The "Plandemic" video that is circulating today is garbage. I don't know what happened with her or Fauci at NIH in the 80s or 90s, but if she is willing to let them piece together that scientific hot mess for the last half of her sour grapes story, then I don't trust any of it. Don't bother looking up and listening.