MW was suspended first half 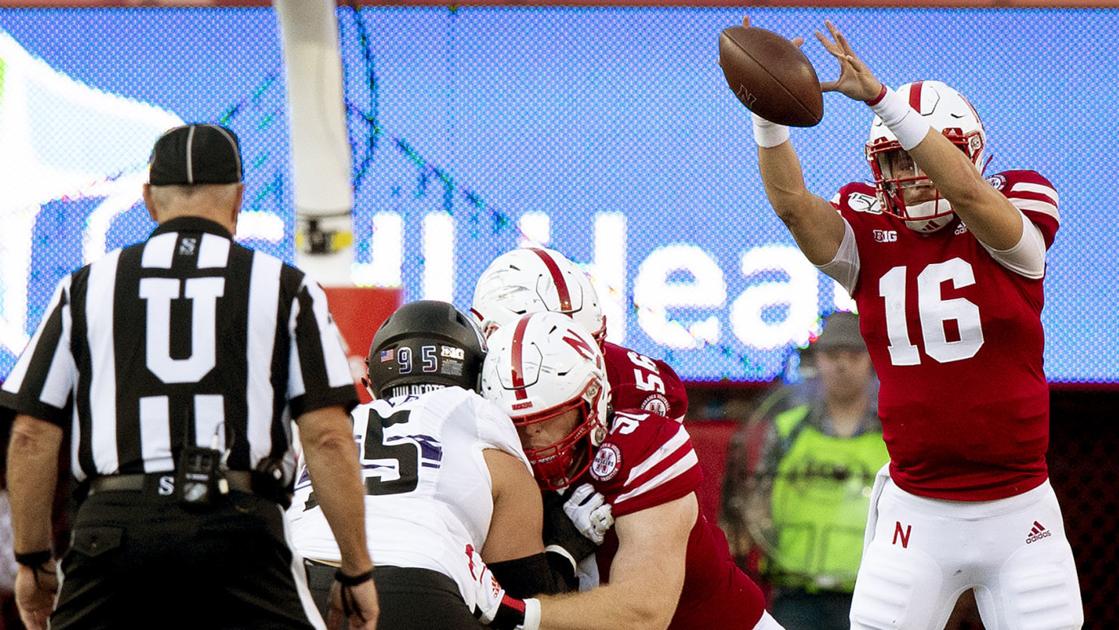 Matt Farniok was straight to the point: Redshirt freshman center Cameron Jurgens needs to snap the ball better, and it's on not only him but the rest of the Husker

"Frost says onus on Washington to respond: Frost made the decision to suspend sophomore running back Maurice Washington for the first half of Saturday's game against Northwestern, marking the second time Washington's been suspended for half a game this season. "
Head coach Scott Frost said the onus is on the 6-foot-1 sophomore to respond the right way in practice and going forward.
"How did he respond? We'll see how he responds this week," Frost said. "We want him to come back and prepare well and get ready to play well. If he does, this will all be water under the bridge. But we need him to respond just like the rest of the team."
Click to expand...

HuskerWeatherman said:
I already made clear my stance on Mo. Frost has taken a much more forgiving, lenient approach than I would have. And to date, it seems apparent Mo isn't respecting the amazing opportunity and forgiveness he has been given. Not good.

While the depth and experience he provides at the position is valuable, he really looks like the 3rd best back on the team when he does play.
Click to expand...

Screwing up an amazing opportunity sums it up.
D

YUENGLING said:
Screwing up an amazing opportunity sums it up.
Click to expand...

I'm so tired of our best running backs becoming and staying thugs.

5 Year Member
I saw some videos of MW last year on Twitter (I think). He and another player were in a dorm room acting like idiots. He came across very immature and frankly pretty odd. He acts like he's 14. When his current legal issues emerged I wasn't surprised at all. I hope he sees the light or I don't think he will still be with us next season. I wouldn't be shocked if he's off the team by November.

I hope you lose your $20. Unfortunately, I can't disagree with your assessment.

What did he do that he is a thug?

solesrfr said:
Confirmed by SF that he was held out the first half for disciplinary reasons. So that has to be a third issue now for MW, I don't think he will finish his career at NU.

Not making excuses for the guy, but the pressure is on and the prospect of California Penal sitting there staring at him

Discoverer27 said:
What did he do that he is a thug?
Click to expand...

He is the only player I know of who is currently out on bail.

Voice Of Reason said:
He is the only player I know of who is currently out on bail.
Click to expand...

That doesn't make him a thug

Voice Of Reason said:
He is the only player I know of who is currently out on bail.
Click to expand...

So, if someone goes to jail for a DUI they are a thug?

RedStormRising said:
Sadly, he won't be with the team much longer. He has the attitude that Frost won't get rid of him because they need him so bad. Couldn't be more wrong. Frost is a very principled guy and he won't let MW interfere with that, even if it means we lose a couple games because we don't have MW.

I love MW's skill set, but I'm officially done with him. Frost has given him every benefit of the doubt up to this point. MW has not done anything to earn his way back on the field. I wouldn't be surprised if he doesn't play another down for Nebraska and I'm just fine with that. He's proven himself to be a selfish thug.
Click to expand...

He's too small to be a thug.
D

goodnterribles said:
That doesn't make him a thug
Click to expand...

No, a dui doesn't make him a thug. But seriously, if you think a dui is all that's wrong with him then nothing I say will help you understand.
D

Discoverer27 said:
What did he do that he is a thug?
Click to expand...

Is this a rhetorical question? Seriously?
B

5 Year Member
hope the kid pulls it together because he is electric when he's dialed in. But he seems to have a lot of 5 minute injuries and issues off the field. Hard to count on guys like that.
T