5 Year Member
Invited to a wedding reception by a relative, an Iowa grad and his son travel to the big city for the first time.
After eating a lot of salty food, the father is thirsty and continually sends his son for water.
After the last trip the kid comes back empty-handed. The father asks, “So where’s my water, boy?”
“Couldn’t get any this trip, Pa. Some guy’s sitting on the well.”

5 Year Member
Q: What do you call a beautiful woman on the arm of an Iowa fan?
A: A Tattoo.

5 Year Member
A family of Iowa football supporters whom have no affiliation with the U of I what-so-ever head out to do some shopping. The son picks up an ISU jersey and tells his mother he’s decided to become a Cyclone fan and wants this for Christmas. The mother, upset, whacks him on the head and says “Go see your father!” Off he goes with the ISU jersey in hand to find his dad. Dad, I’ve decided I’m going to be an Iowa State fan and want this jersey for Christmas. The father is outraged, whacks his son on the head and says, “No son of mine will ever be seen in THAT!” Then the father goes into a rant into the store marching up and down the aisles yelling “Go Hawks” to random people that come by. On their way home the father says I hope you learned something today. The son says yes, I have. “What is it?” his family replied. I’ve only been a Cyclone fan for an hour and I already hate you Hawkeye idiots.

5 Year Member
Knock Knock.
Whose there?
Iowa. Iowa Who?
Exactly.

Just do the right thing damnit!

CrnhskrBob said:
1. How can you tell the toothbrush is an Iowan invention?

Flickr.com/ Joe Sepielli
If it were invented anywhere else, we'd call it a teethbrush.

The most popular pick-up like in Iowa is "Nice Tooth"

5 Year Member
Do you know why Iowa does not like playing on synthetic turf? Because their cheerleaders cannot graze!
Last edited: Nov 22, 2017

Goal-line said:
Do you know why Iowa does not like playing on synthetic turf? Because their cheerleaders cannot graze!
Click to expand...

Recently, they put cardboard on the actual field and left the grass on the boundaries up to the bleachers. The grass as you said is for the cheerleaders, and the cardboard is because the coaches heard that their team looks better on paper.

10 Year Member
I'll do you guys one better and get a Buff jab in there, too.

You know why Nebraska slopes to the west? Because Colorado sucks and Iowa blows.

5 Year Member
How do you get an Iowa cheerleader into an elevator? Grease her hips and throw in a Twinkie. 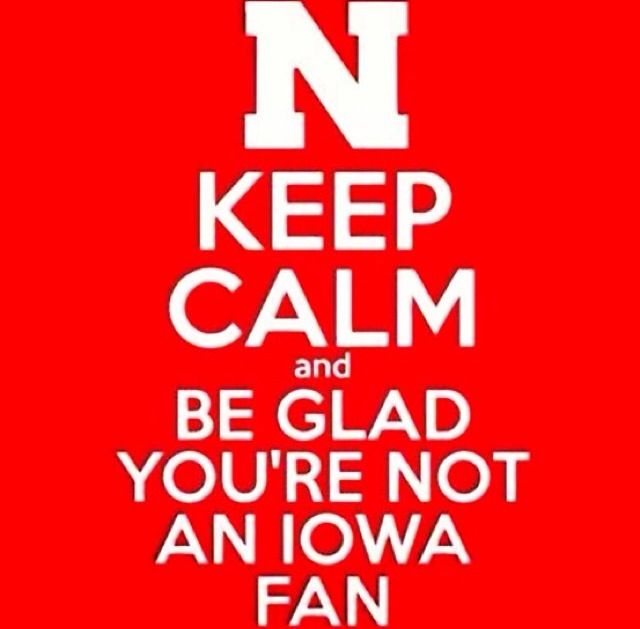