Frost closing in on RB Coach!!

Without a strong running game, there is no threat

Blue Howl said:
Are we sure Applewhite isn't actually this guy? 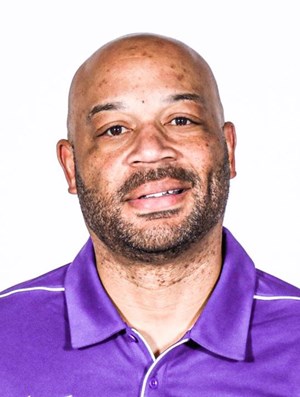 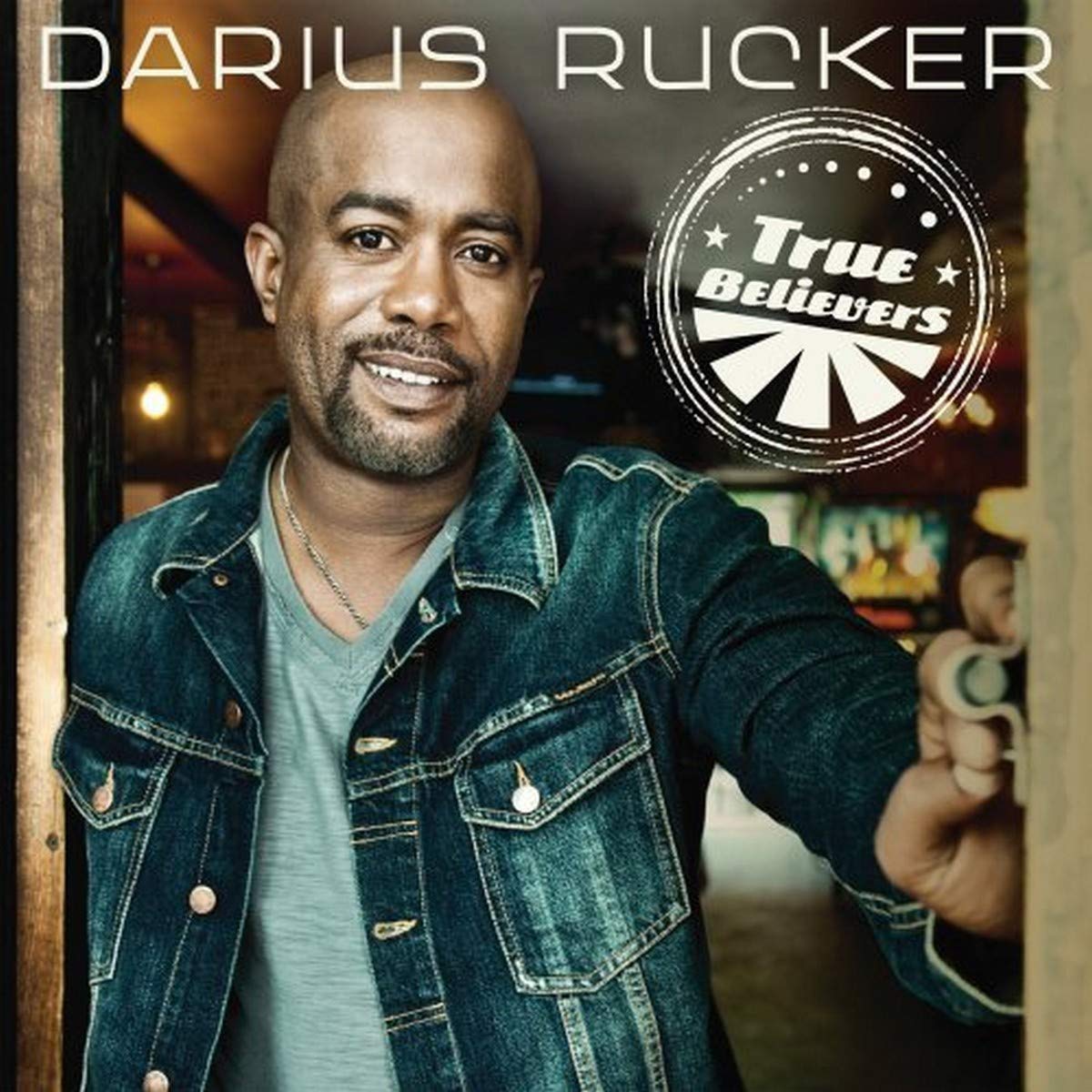 "There's nothing I can dohoo, A E I O Uhuuuuu"

Huskerphin said:
"There's nothing I can dohoo, A E I O Uhuuuuu"
Click to expand...

Settled. Thank you! Not a real common surname and both had some Texas ties. Apparently just coincidence.

Beareye said:
Settled. Thank you! Not a real common surname and both had some Texas ties. Apparently just coincidence.
Click to expand...

There's still a chance. I'm not writing this one off just yet. Have you watched commercials lately?

5 Year Member
I wish everyone would stop talking about our next RB coach. This thread is CLEARLY about Aubrey Plaza.

Shut up and color

Turd Ferguson said:
I wish everyone would stop talking about our next RB coach. This thread is CLEARLY about Aubrey Plaza.
Click to expand...

Are you saying she's not our new RB coach?

Turd Ferguson said:
I wish everyone would stop talking about our next RB coach. This thread is CLEARLY about Aubrey Plaza.
Click to expand... In his first season with the Horned Frogs, three running backs had 100-yard rushing games. True freshmen Zach Evans (7.7) and Kendre Miller (7.2) had the second- and fifth-best season yards per carry averages in TCU history.
Before coming to the Horned Frogs, Applewhite served the previous five seasons as running backs coach at Colorado State. In February 2018, he was promoted to the additional duties of recruiting coordinator. Two of the Rams’ top-five season marks in total offense and points per game came during his time in Fort Collins.
A 21-year veteran of the coaching ranks, Applewhite spent five years at ULM (2010-14) before his arrival at CSU. He also spent one season at Montana State (2009) and six at Wyoming (2003-08) as running backs coach. Prior to joining the Wyoming staff, he coached at his alma mater, Northern Colorado, from 1999-2002.
In his four seasons at CSU the Rams have posted two of the top five scoring marks in school history (3rd—35.3 in 2016 and 5th—33.4 in 2017) and two of the top four marks for total offense, including a school-record 492.5 yards per game in 2017 (also 4th, 462.5 in 2016). Also in that span CSU’s running backs have posted 24 individual 100-yard rushing games.
In 2018, Applewhite’s running backs helped contribute to the 10th-best yards-per-game average in CSU history (410.5). He helped guide senior Izzy Matthews into the top 10 in school history for career rushing yards, finishing 8th with 2,654 yards, and to the No. 4 spot on the all-time rushing touchdowns list (30).
The 2017 Rams also set school records for first downs per game (25.5) and third-down conversions (50.3%). Senior Dalyn Dawkins earned second-team All-Mountain West honors in 2017 with 1,399 yards (fifth on CSU’s single-season list) and finished his career third on CSU’s all-time rushing list (3,185).
In 2016, Applewhite guided a successful trio of Rams running backs to an average of 217.8 yards per game to rank in the top quartile in the country (31st). Dawkins (a junior), Matthews (a sophomore) and true freshman Marvin Kinsey, Jr., each rushed for more than 500 yards and logged at least 90 carries, with each crossing the 100-yard mark in the same game on one occasion (vs. New Mexico, 11/19). In that contest, CSU totaled 412 rushing yards, the most in 15 seasons and the 8th-best mark in school history. Overall, CSU’s 2,831 net rushing yards and 5.3 yards-per-carry average ranked fifth and second, respectively, in school history.
Applewhite’s running backs also helped the Rams allow just 1.0 sack per game, eighth-fewest in FBS, and just one total in the final six games of the season.
In 2015, the Rams boasted the nation’s 33rd-ranked rushing attack, and for the first time since 1997 at CSU featured two 700-yard running backs (Dawkins and Jason Oden, Jr.) and for the first time since 1977 featured three 500-yard running backs (Dawkins, Oden and freshman Matthews). Each member of that trio rushed for at least 140 yards in a game, making the Rams one of just two FBS teams to do so in 2015.
In his five seasons at ULM (2010-14), Applewhite served as the Warhawks’ running backs coach and recruiting coordinator, and groomed two all-conference running backs. In 2012, ULM’s running backs combined for a total of 19 touchdowns (17 rushing, two receiving) as ULM finished the season with eight wins and made its first appearance in a bowl game (Independence Bowl) since moving up to FBS in 1994.
In 2013, Applewhite’s ULM running backs elevated further as six different running backs recorded 1,239 rushing yards and eight touchdowns. Centarius Donald missed the majority of the non-conference season, but came alive in conference play en route to All-Sun Belt honors.
Prior to joining ULM’s staff, Applewhite spent one season at Montana State (2009) and six at Wyoming (2003-08) as running backs coach. In his one season at Montana State, Applewhite coached a two-headed running back tandem that tallied over 1,110 rushing yards and scored 10 touchdowns.
Under his tutelage, Applewhite groomed two of Wyoming’s three all-time leading rushers in Devin Moore (2,963) and Wynel Seldon (2,672). Moore signed a free agent contract with the Indianapolis Colts and Seldon signed a contract with the Washington Redskins. Moore’s 2,963 career rushing yards are the most all-time by a Cowboys player. Seldon holds the school record for most rushing attempts in a career with 636.
Prior to joining the Wyoming staff, he coached at his alma mater, Northern Colorado, from 1999-2002. A standout fullback at Northern Colorado from 1994-98, Applewhite played on teams that won two NCAA Division II National Championships (1996 and 1997), competed in the Division II Playoffs for four straight seasons (1995-98) and won North Central Conference crowns during his junior and senior seasons. During his entire tenure at UNC and Wyoming, Applewhite coached alongside former CSU defensive coordinator and linebackers coach Marty English.
Applewhite, a 1993 graduate of Brighton High School, joined the UNC coaching staff as a graduate assistant in 1999 and was elevated to full-time status in 2000. The Bears finished sixth in Division II in rushing offense (127.8 yards per game) and fourth in total offense (362.1) in 2002, and the 1999 and 2002 Bears competed in the Division II Playoffs.
Applewhite has served as a member of the American Football Coaches’ Association (AFCA) Minority Issues Committee since 2006 and was recently reappointed to the Committee. In 2007, he was named to the AFCA Assistant Coaches’ Committee and participated in the 2004 AFCA Coaches’ Academy.
Applewhite received his bachelor’s degree in psychology from Northern Colorado in 1998 and his master’s degree in sports administration from Northern Colorado in 2001.
He and his wife Rachelle have two daughters, Morgan and Skylar.
Click to expand...

36Blast said:
There's still a chance. I'm not writing this one off just yet. Have you watched commercials lately?
Click to expand...

There just might be something after all that can bring Husker nation together!
Last edited: Thursday at 8:08 PM

Have her do that in the end zone.
The running back would score a TD everytime

15 Year Member
Who is in charge with D-Line coach?

You talking to me?

Hooked on Huskers said:
Who is in charge with D-Line coach?