15 Year Member
I'm a new to cast iron convert. Looking for anyone's favorite recipes. I'm still on the simple stuff. Going to do some cornbread and fried potatoes today (with a some rotisserie chicken).

Got my eggs, sausage, burgers, etc. all down.

What do you guys love to do on your cast iron?

10 Year Member
Anything you want. It is all I use 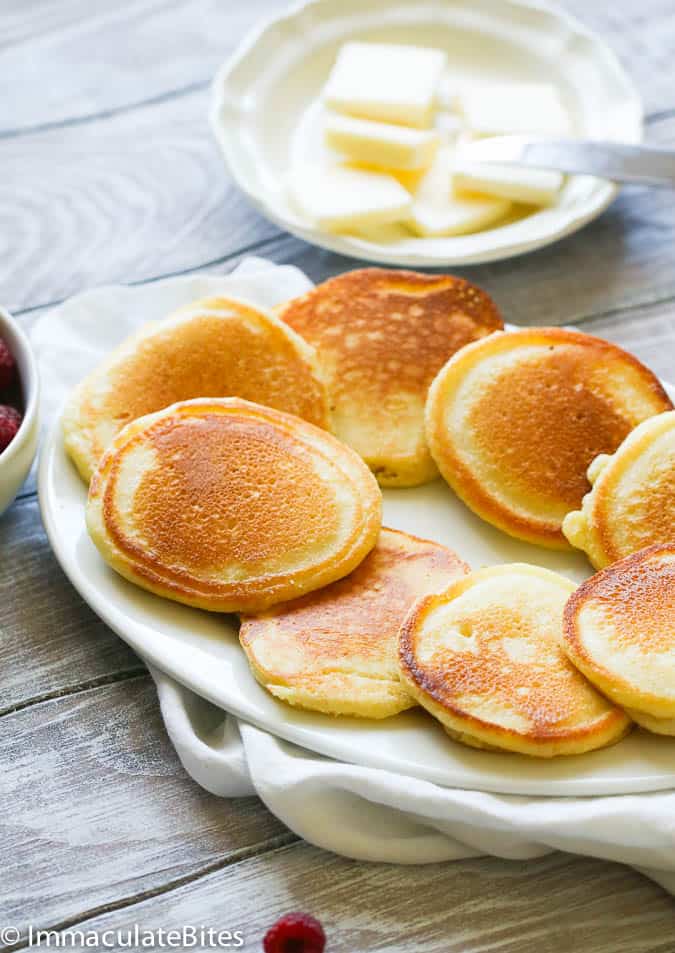 These Southern Johnny Cakes aka Hoe Cakes would be a great alternative to your everyday pancake. Made with cornmeal and a touch of sugar and nutmeg. Light and fluffy with a delicious crisp edge. Hoecakes are cornmeal flatbreads with exceptional texture and flavor. They’re sort of a minimalist...

15 Year Member
I use mine for Dutch baby pancakes.

How To Make a Dutch Baby Pancake

This feels like a party trick, but for the breakfast crowd.

not the recipe I use but one I could find easily.

15 Year Member
That looks pretty amazing. Nailed my cornbread this past weekend. Someone gave me this big chocolate chip cookie recipe I'm going to do next weekend.

Maybe some hotcakes or dutch baby pancakes this weekend too. Bacon, sausage and eggs in the 12 inch and pancakes going in the 9 inch.
Last edited: Jun 1, 2020

5 Year Member
I made this one in a 12" cast iron last weekend and received some rave reviews from the wife and our neighbors... I would suggest you try it at some point. It's called "Tartiflette" which is a traditional French potato casserole.

Parboil 4 good-sized russet potatoes in unsalted water. I just washed them in the sink, left them whole with the skins on, and boiled them about 15 minutes (until a knife can be inserted but there is still resistance). When done, dump the hot water out of the pot and just put it in the sink and begin running cold water over those potatoes for about 10 minutes.

While those are boiling, dice 1/2 a package of bacon into bits and get it cooking in the cast iron over medium. While that's cooking, dice 1/2 a large onion and throw it in with the bacon. I used a red onion - weird, I know - because it's all I had, yet this was superb in the end. I sliced a couple green onions in there as well.

Drain most, but not all, of the fat from your bacon & onion mixture. Leaving it in the cast iron skillet, add 1 Tablespoon of salted butter and add 1/3 cup Chardonnay (or any dry white wine). Boil the chardonnay a good 2 minutes in there.

Spoon your bacon and onion mixture into a bowl. Do not wipe or clean the bottom of the cast iron skillet. Peel the skins off your potatoes by hand and then slice those potatoes into disks - they will still be warm but as long as they are not overcooked, you should be able to slice them. Layer about 1/2 of those disks, overlapping one another, in the bottom of the cast iron skillet.

Spoon the bacon and onion mixture on top. Layer the last half of potato disks on top of the bacon.

For the top: Spoon "Creme Fraiche" which is French cream, in a thin layer on top of the potatoes. Creme Fraiche is unavailable where I am, so I used "Crema Mexicana" which is an acceptable substitute and should be found in the refrigerated section. Failing that, you may use a sour cream and buttermilk mixture as a third option.

Lastly, take a wheel of Brie cheese and cut that disc in half the thin way (cross-sectionally as you view it from the side). Then cut each half into half-moon shapes. Place those 4 pieces of brie cheese on top of the cream.

Bake uncovered 45 minutes at 375 degrees in the cast iron. Let stand 10 minutes and enjoy the best potato casserole you will ever eat.

For the video on this recipe, search "Chef John Tartiflette" on YouTube.

5 Year Member
Nems... I forgot to mention that a great resource for cooking with cast iron, and source of many outstanding recipe, is Kent Rollins' YouTube channel. You should check that one out. He runs a chuck wagon (based in Oklahoma) and I have tried five of his cast iron recipes - all of which are outstanding.
You must log in or register to reply here.
Share:
Facebook Twitter Reddit Pinterest Tumblr WhatsApp Email Share Link
Top