In a few hours Monday night, the Nebraska women’s basketball team landed two top 100 recruits for its 2016 recruiting class, and it’s striking how similar the profiles of Kathleen Doyle and MiCole Cayton are.

A flood of teams pursued her — including Arizona State, New Mexico, Iowa State, Colorado and Utah — but she canceled all other trips after her official visit to Nebraska last weekend.

“From the second day there,” she said, “I knew it was the place.”

She had expected “tumbleweeds” at Nebraska. That’s a common line from potential Nebraska football recruits, especially those from California. But Cayton’s dad, Michael, said a trip around Lincoln changed their minds. MiCole (pronounced MY-Cole) bonded quickly with the team, she said, especially current Husker guard Natalie Romeo, who played against Cayton in AAU ball.
Click to expand...

5-7 3* guard from St Mary's High School in Stockton, CA. Confident combo-guard with a scorer's mentality and swagger; dribble-drive attack yields results; finds rim with consistency; keeps the defense honest with range at the arc. A teammate to Kat Tudor listed above. Cayton is starting to amass a lot of attention going into her junior season. Has a Nebraska offer plus Arizona State, Pacific, San Francisco, George Mason plus many more. Oklahoma St, Louisville, Oregon St. USC, Boise State plus many more starting to take notice. Committed to Nebraska 6-15-2015 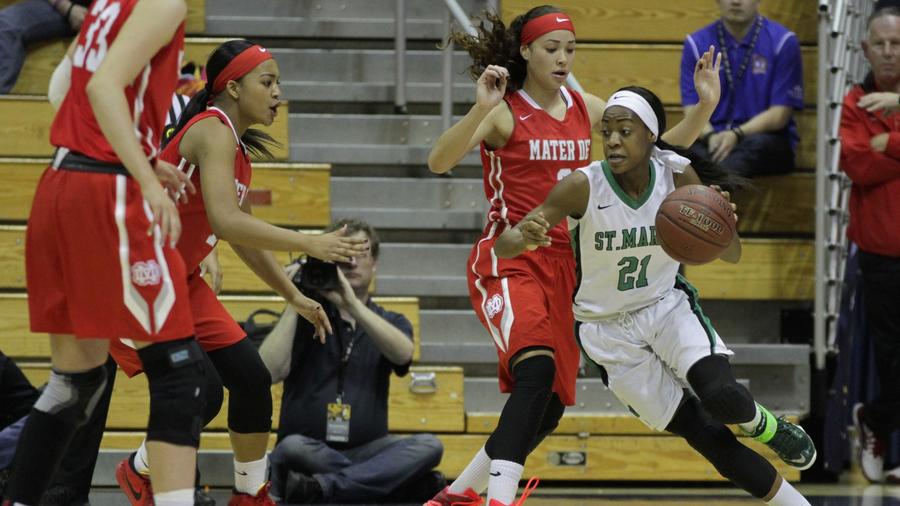