ThrowFar60 said:
Haven’t gotten a chance to watch his tapes much, but are we seeing him as somebody who could have the versatility that Eric Hagg did?
Click to expand...

Another Arizona kid!! I can see the similarity
I

Red Reign said:
With his cousin who has already signed to play softball in Lincoln

Now THAT is awesome.

- Noa is another high-profile recruit that we were trailing for once upon a time. Like Benhart, another school was in the driver’s seat for a while and a few months back, none of us really thought we’d nab him. He was considered a long shot. Noa is another example of how great a recruiting staff we have.

- I have been hoping for years we can start luring in Polynesian players again. We had a good crop for a while – Raiola, Fonoti, Tony Tata (retired due to injury), Dan Vili-Waldrop, Junior Tagoa’I – and almost all were good productive players for us. But after 2003 we couldn’t lure any more in and missed out on some really great ones like Deuce Lutui (All-American OG at USC) as they tend to gravitate to schools with a Polynesian population like Utah, Oregon, and USC.

- I hope we can land his cousin Matthew Pola-Mao as well. He’s the nose tackle prospect we’re missing in this class.

- Arizona is a state that’s been very kind to us in the past as most of the players we’ve gotten from there have been hits. From that 2007 haul only William Yancy was a miss.

- It’s still possible we land in the final Top 15 on Rivals. Many of us have been pointing to 2020’s class as the year we’ll finally bring in a top 15 haul but it could actually happen this year. After going 4-8 in two consecutive years, that’s really impressive. Can’t wait to see how well we do when we start winning big again.
Click to expand...

The other day, Rivals specifically highlighted the recruiting efforts of sub .500 teams. NU is now leading the field.

The other day, Rivals specifically highlighted the recruiting efforts of sub .500 teams. NU is now leading the field.
Click to expand...

Love the Eric Hagg comparisons. Maybe one of the most overlooked players in NU history. He could've started as our Nickel back in the mid-90's. I still maintain the 2010 Huskers had the best secondary in school history.

Huskerthom said:
This is the cousin that plays softball? She looks pretty athletically built as well.
Click to expand...

Well, she did get a D-1 athletic scholarship so that makes sense

Discoverer27 said:
Well, she did get a D-1 athletic scholarship so that makes sense
Click to expand... 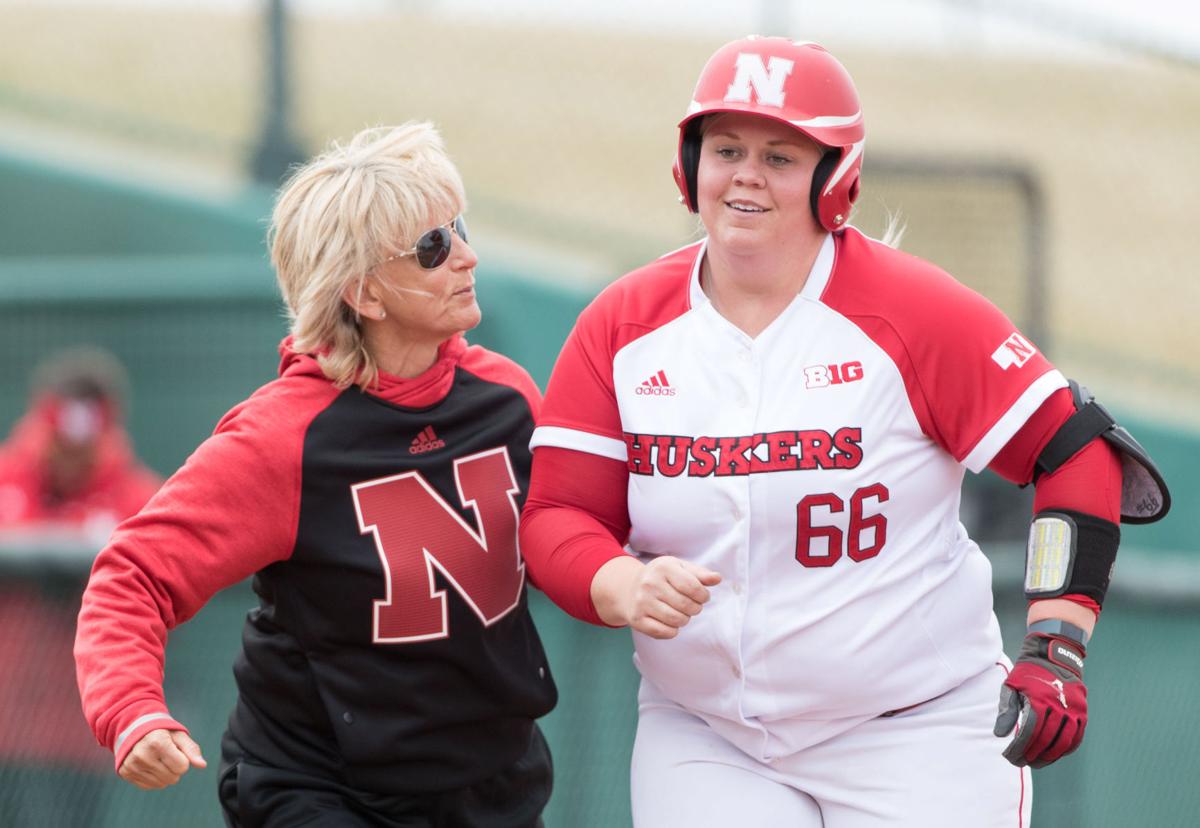 Huskerthom said:
So did she.

I can see why.

solesrfr said:
I can see why.

my point is not the most athletic looking lady.

Huskerthom said:
So did she.

Huskerthom said:
my point is not the most athletic looking lady.
Click to expand...

I get your point, that is why I posted her bio with stats. I see why she got a D1 scholarship with that kind of play.