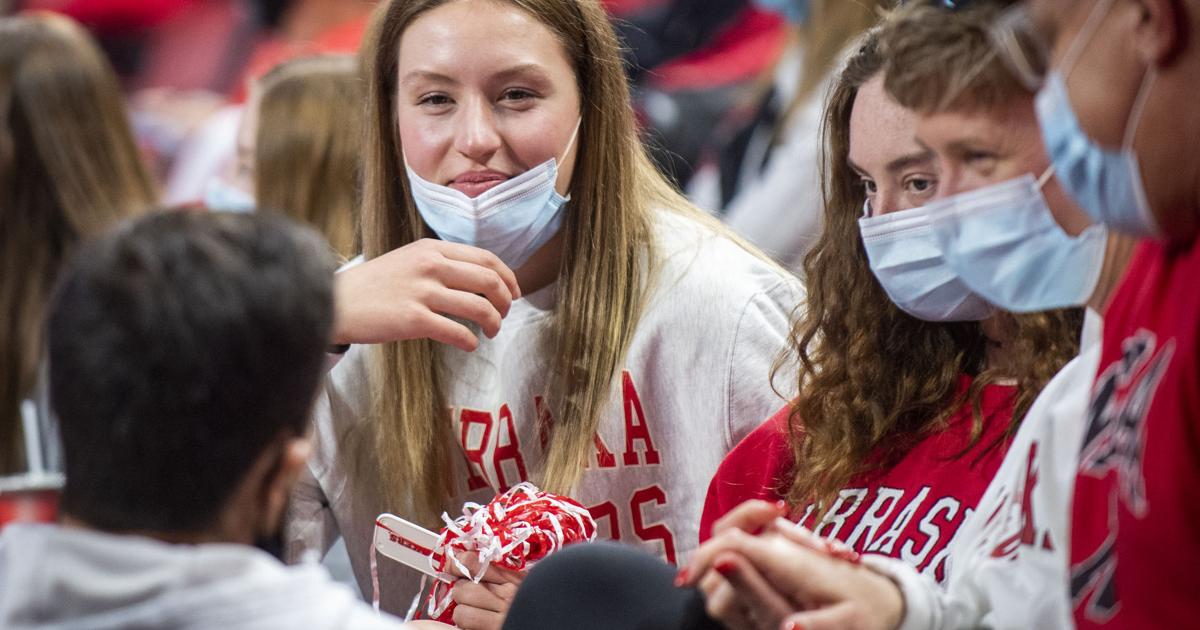 Nebraska coaches in both sports made several trips to visit Mendelson in Utah, and NU's openness to the two-sport idea paid off. The Utah teen is emerging as junior national team standout in hoops and volleyball.

Mendelson’s tale of being a two-sport junior national team star, however, likely is not relatable to others in her home state of Utah — or anywhere else in the country for that matter.

Mendelson’s impressive year included medal-winning performances for the U.S. in both basketball and volleyball in a span of two months.

First, the 16-year-old helped USA Basketball win gold in August at the FIBA U16 Americas Championship in Léon, Mexico. Mendelson averaged 10.0 points and 6.7 rebounds in helping the U.S. win all six of its games at the event.

Then in September, Mendelson shined during the United States’ march to the bronze medal at the FIVB Volleyball U18 World Championship in Durango, Mexico. In the third-place match against Serbia, she scored 14 points on nine kills, three blocks and two aces.
Click to expand...

10 Year Member
She will be on basketball scholarship but play volleyball full time if I read right. The 6-5 Mendelson is the only recruit in the country who is a member of the U.S. youth national teams in both volleyball and basketball. She will graduate a year early from Fremont High School in North Ogden, Utah, to join the Husker programs in 2022.

"I chose Nebraska because of the relationship I have built with the coaches," Mendelson said. "They believe I can play both sports, and I appreciate the tradition of those programs at Nebraska."
Click to expand...

5 Year Member
Just 16 and will graduate a year early to be a 2022 recruit. 4.0 student, so probably can do the two sports and do well academically, but what a challenge for a 16 year old. Happy she chose to be Husker.

Staff member
10 Year Member
Mon Press Conf 11/22/21
Starts off with Coach Amy Williams (to 11:07) then Jaz Shelley (very well-spoken lady) for a couple of minutes (I didn't know that Nebraska had originally tried to recruit her when she chose Oregon). Then Coach Cook (@ 15:50 thru 22:20)

Coach Amy Williams very enthusiastic about this year's WBB team (as we all know); they have set high goals for themselves. Talented team and Depth that we haven't had before.

Both coaches talk a little about recruiting Maggie Mendelson (collaborative effort). Interesting story - she came back with her family to sign her LOI in-person (I think they intended to attend the Rutgers volleyball game that was cancelled). There must be more to her recruitment as Coach Cook mentioned he'd write about it in his (future) book.

About the upcoming VB games, Cook said it'd be a challenge; But Nebraska never shys away from challenges. ("Come to Nebraska; We Play for Championships," he said.) Said he thought it was harder to win a Conference Title than a Natty; because the conference is such a long grind both home and away, and one can't afford to let up. A good listen!