I watched some highlights a few minutes ago. Oh boy, physical is an understatement. Grown ass man, I think I read that he’s 21 with 3 years left to play. That’s the type of center you want in this conference.

"He's a true center who clears out space in the lane, hands out some tough fouls from time to time, and does what he can to protect the rim. Essentially, he's coming to understand -- and this isn't easy for young bigs to do -- how simply being big and playing big can have a huge impact on both ends of the floor.

"Keita is getting more active on the glass, looks more comfortable when he gets the ball, and given his size and the trajectory of his improvement, high-majors are going to start taking serious interest in him."
Click to expand...

5 Year Member
Did a little looking -- found this page on the Mali FIBA U19 team (which came in 2nd place to the US at the championship). Blaise (Mohammed) Keita didn't start for this team, which would be concerning except that the guy who did start, Oumar Ballo, is a contributor for Gonzaga this year.

Blaise was born June 16, 2001, which will make him 21 when he arrives at Nebraska in the fall of 2022. He would have 2 years of eligibility, but I think this year doesn't count for JUCO -- so would have 3 years to play. If he sticks around, he would be 24 as a senior, and he's already a well developed guy. I like the fact that he played for the best team in Africa, went to Sunrise Academy, and is now at Coffeeville, all successful teams. Looks like a good get!

First known commitment for the Class of 2022

Should be a Very good Pick-Up and Welcome addition to the team.

Hours after pulling off its first Big Ten Conference win of the season at Penn State, Nebraska secured its first commitment of the 2022 class

He chose NU over other offers from Baylor, Minnesota, Tennessee, Arizona State, and Oklahoma State.

"Nebraska recruited me for the past five or six months, and I decided to commit today because they showed me it was a great situation there," Keita told HuskerOnline.com.
Click to expand...

Staff member
10 Year Member
Big News, Literally, and Figuratively. Blaise Keita should be a welcome addition to the Team (but he is not expected to arrive here until 2022).

He was listed as class of 2019 @ Sunrise Academy. Other major offerers lost interest when it became clear he wouldn't qualify academically, hence the Juco route. What I'm not clear about why he is now shown as class of 2022, maybe skipped year? 2020/21 is the first year he shows on the roster at Coffeyville CC.
Last edited: Feb 15, 2021
H

Red Don said:
Big News, Literally, and Figuratively. Blaise Keita should be a welcome addition to the Team (but he is not expected to arrive here until 2022).
Click to expand...

The only thing I don't like about his commitment.
S

5 Year Member
Good development. Looks to be more of a traditional big. Necessary in this league, IMO.

If he was academically forced to go the JUCO route, then he has to stay in JUCO 2 years to be eligible. He could use the redshirt year though and that's how you get 3 years at D1.
S

Rock0133 said:
If he was academically forced to go the JUCO route, then he has to stay in JUCO 2 years to be eligible. He could use the redshirt year though and that's how you get 3 years at D1.
Click to expand...

Actually, I think it's because of Covid. Instead of 3 to play 2, he gets 3 to play 3. Doesn't have to use the redshirt year.

Could be true. I know coffeyville plays at Cloud in march. I'll try to get down there and watch, I'll ask about eligibility when I go
H

EDIT: he has weight to gain, 235 is about what Andre is at (just checked 228). He is more physical, compared to Andre, so that will help for sure.

but he is a great pickup nonetheless, and much needed. 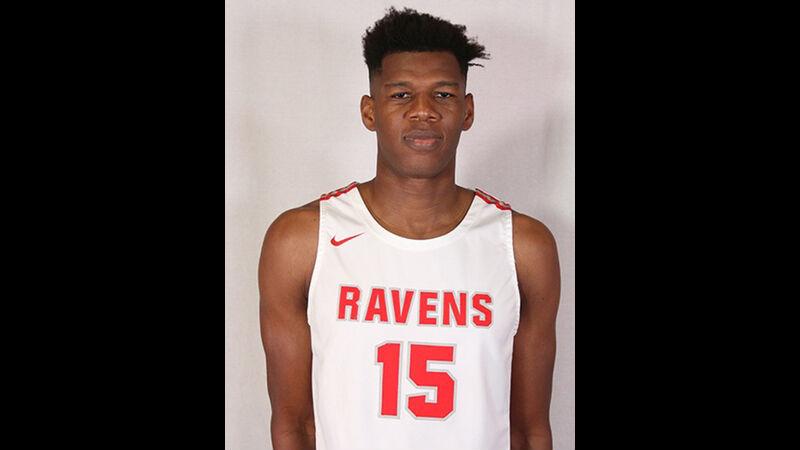 Nebraska basketball landed a commitment from Blaise Keita, a native of Mali who's currently playing at Coffeyville Community College in Kansas. He's in line to join the Huskers for the

Blaise Keita averaged 12.1 points and 8.1 rebounds and shot 75% from the free-throw line in his first eight games with the team. He’s 6-foot-10 with a 7-1 wingspan, possessing both a shooting range out to 15 feet and a variety of post moves.
Click to expand...

He didn’t sign anywhere two years ago because he didn’t academically qualify. Last year, Keita was too old to play high school basketball, so he had an in-residence year at Sunrise, which did a “great job” of developing his talent, Campbell said
Click to expand...

Keita’s goal is to be a consistent 3-point shooter by the time he heads to Nebraska in 2022........ have three years of eligibility at NU because this year doesn’t count at the junior college level due to COVID.
Click to expand...